Cincinnati is a new team to the US soccer tribune and one that has yet to make a name for itself.

The two clubs have yet to play the first game between them this Sunday and we believe that the home side has enough class to get the 3 points. Use BetMGM for double-checking the above-mentioned odds. They were true at the time of writing but are subject to change.

The only injury issue for the home side is a minor one – Danny Hoesen will be unavailable in attack but Maximiliano Urruti is more than capable of doing the job well as he is expected to be the key player in attack for the team during this season. We believe the two key players for Austin will be Diego Fagundez (with 7 goals last season) and the most expensive player for the team – Sebastian Driussi (with 5 goals last season).

John Nelson will miss the game due to injury but the left-back position is secured as Ronald Matarrita is expected to start in that position. Cincinnati didn’t lose in the pre-season friendlies but the team also didn’t record a single clean sheet. We believe Kenneth Vermeer will concede at least 1 goal in the game against Austin.

Head-to-head insight on for the upcoming game

For the most valuable H2H stats and odds please check the graphics below.

Battle of the underdogs

One team finished last in the Western Conference and the other semi-last in the Eastern Conference. Two horrible defenses going up against each other for the 3 points. Both clubs had a decent pre-season and we expect them to not disappoint in terms of goals. Our soccer experts predict a very difficult 1:0 victory for the home side and disappointment for Cincinnati. 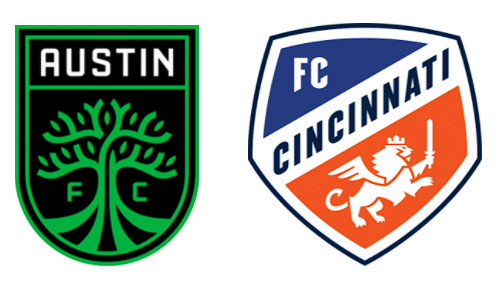