In a Round 9 Liga MX game, Atletico San Luis and Tijuana will battle to split the points from the match. Stay tuned for the best free betting tips for this match-up.

Here is our team of experts’ conclusions on the current game.

Always check with your bookmaker before placing your final bet. The odds are subject to change at all times without notice. Our recommended bookmaker for this match is BetMGM.

Historically, this is a rather even match-up, and in fact, Tijuana has the slight lead of the two. In 9 meetings, the guests have won 4, lost 2, and drawn the other 3. However, now the tables have turned and Atletico San Luis seems more likely to win here. The hosts have played a game less and are still 7 places above their opponent. Tijuana is also one of the highest conceding sides this season, with just Mazatlan and Juarez conceding more. Furthermore, the visiting side won their first game of the season in their 8th game, while Atletico has lost just once.

With both sides not boasting any spectacular defenses, and also scoring quite a bit themselves, we prefer to lean towards the BTTS – Yes option. So far in the campaign, both teams average 1 or more scored a goal per game. Also, Tijuana still hasn't had a clean sheet, while the home team has had only one.

9 out of Tijuana's last 10 matches have had over 1.5 goals scored, and 4 of them have gone over the 2.5-mark. This means that goals get scored regularly. Atletico San Luis' match history consists of 7 Over 2.5 Goals games, with another 2 grazings that mark at 2 goals scored.

Atletico San Luis vs Tijuana: The latest stats and selection of the best odds

Check the available stats and the best odds for the match:

Atletico will be playing the season from behind

After having their Round 5 fixture vs Pachuca postponed up to November, both of those teams will play out the rest of the campaign with a game less. This means that they would always have fewer potential points, up until the end of the season.

Looking at the ranking now, Atletico San Luis is sitting at the 9th position with 10 points. A win in the postponed tie could mean another 3 points, placing them at the 6th spot. Another win from there would put the club at the 3rd position, so don’t be fooled by their 9th placed ranking. 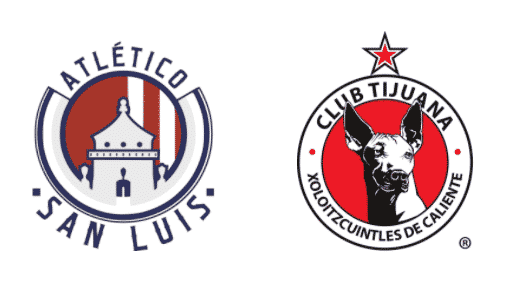