Estadio Alfonso Lastras Ramírez will be the location for the Liga MX match between Atletico San Luis and Tigres UANL in the midweek. This is a game between two teams who have just two points separating them in the table.

Atletico San Luis made it two wins in the last three league matches after a 2-1 away success over Toluca. Tigres UANL continued with their winless run, which has hit four matches, following the goalless draw against Pumas.

This is a fixture that has not produced too many away victories in recent history. Tigres UANL come into the game without a victory in the last four. Even though Atletico San Luis are coming on the back of two wins in the last three matches, they will face a lot of resistance against Tigres UANL. The last success for Atletico San Luis in this fixture was back in 2018. Such has been the drought for the team that it will be difficult to expect a home win even in this scenario.

The games between Tigres UANL and Atletico San Luis have produced a goalless draw only on one occasion. Either one of the teams have failed to score in just two of the eight meetings between these two clubs. Atletico and Tigres UANL arrive into the match after having scored 10 and six goals respectively in the last six matches.

Atletico San Luis might be closer to the top four places, but the team has produced a lot of entertainment for supporters with four out of the last five games producing more than 2.5 goals. It is a similar story with Tigres UANL as well.

Atletico San Luis still have hopes of finishing in the top four as a result of two wins from the last three matches. Furthermore, one of these victories has come against third-placed outfit Toluca making it even more interesting. There are no injury problems for the Atletico San Luis.

Tigres UANL have been going through a difficult set of results that has seen the team lose track of the top four places. Coach Miguel Herrera has had to deal with a lot of injury problems that has prevented the team from making an impact. Francisco Meza, Nicolas Lopez, and Leonardo Fernandes are some of the players who are unavailable for Tigres UANL due to injury. 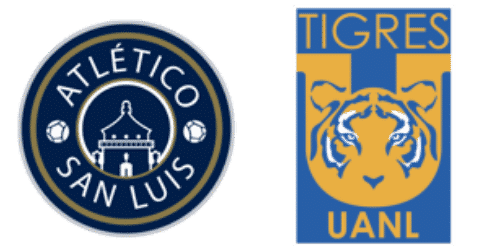 Where is the match scheduled? Estadio Alfonso Lastras Ramírez

Which team is the favorite to win? Tigres UANL