Will an unconvincing home side such as Atletico San Luis be able to muster enough class to get something out of this game?

Check out this information, supplied by our soccer experts, for valuable stats about the upcoming game. For more expert Liga MX picks, please visit our dedicated page.

Monterrey’s performance in the league so far is one of extreme balance – 5 wins, 5 ties and 5 losses. In comparison, Atletico San Luis is doing almost exactly the same with a 4-5-5 record. Their clash is one of balance as well as the last 10 games ended with 4 victories for Monterrey, 3 for Atletico San Luis, and 3 draws. The current momentum of Monterrey could be considered an advantage and this is the reason behind this prediction.

In the 10 games, they played prior to this one 50 % of them ended with both teams scoring at least one goal. Both teams will be able to count on their best 11 men and this is also something that could add up to a solid performance in attack. In the last 5 games, Atletico San Luis played 2 ended in both teams scoring, while the same is valid for Monterrey as well.

Atletico San Luis has one of the best attacks in the league with a total of 18 goals scored so far. Meanwhile, their defense is the 2nd worst in the league, conceding the unprestigious 1st place to currently ranked last Club Tijuana. The games between the two teams are more likely to see fewer goals than Over 2.5, but 4 of the last 10 did end in many goals so there is an argument to be made there as well. Arturo Gonzalez for Monterrey has been brilliant in terms of creating chances and all eyes will be on him for the game as the in-form player for the club.

Those are the key head-to-head statistics and odds for the Atletico San Luis vs Monterrey match:

Two teams with a solid history in Liga MX go against each other this Monday, but history will be broken this time. The current form that the two teams are showing indicates an attacking game from both sides and this is exactly what our football experts believe will happen. Just take a look at Atletico San Luis and their last home game. It was a thrilling 2:6 loss against Atlas. A few games before that they lost 0:3 against Tigres UANL. There is enough data to consider an interesting high-scoring game and a 1:2 or 1:3 victory for Monterrey shouldn’t surprise anyone. 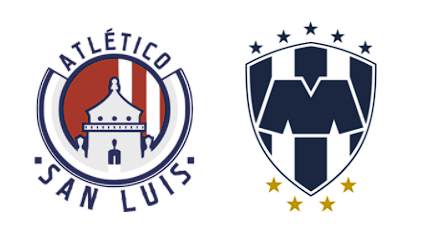 Questions and answers for the Atletico San Luis vs Monterrey game: