There are very few things more enjoyable in Liga MX than Leon’s attacking force. We are expecting a show with a lot of goals.

Atletico San Luis vs Leon: Our Top Predictions and Betting Lines For This Game

The two teams have played a few games against each other already and this will be clash number 8 between them with Atletico San Luis searching for a second victory.

Leon has been an amazing side this entire season. The team finished the Apertura in the 3rd position only a few points away from Club America and is now currently in the 6th position. Meanwhile, Atletico San Luis is struggling in the bottom half of the table – 15th position. The head-to-heads don’t look great for Atletico San Luis either – four victories for Leon, three draws, and only one Atletico San Luis win that came two years ago.

This clash has had some memorable nights – five of the last seven games ended with three or more goals being scored. Plenty of times three goals were scored by just one of the teams. Leon has an amazing strike force this season – 20 goals scored in the Apertura and 12 in the Clausura. Meanwhile, Atletico San Luis has one of the best goalscorers around – German Berterame.

Minor problems in the home team could result in an advantage for Leon.

Jesus Pinuelas is suffering from a cruciate ligament injury and will miss this game. Meanwhile, the best goalscorer for Atletico San Luis is German Berterame. He has scored 11 goals so far this season and is currently the 3rd best striker in the league.

Angel Mena is the 2nd best striker in the league with 12 goals so far but he is closing in on Andre-Pierre Gignac for 1st place. Victor Davila is performing just as well – 11 goals so far but made 5 additional assists. 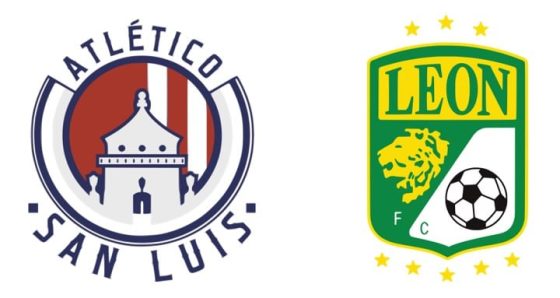 Odds and Stats for the Atletico San Luis vs Leon game

William Tesillo will have to be careful as he gets booked way too often. He has received 9 yellow cards so far this season and a yellow card in the game against Atletico San Luis would mean suspension for the very important home game against Puebla. We believe that coach Ariel Holan knows what he is doing and he will get the most out of his players. A 1:3 away victory in this game should surprise no one.

Major Questions And Answers For This Game: