This Sunday Club America will most likely make another step forward to their title ambitions against Atletico San Luis.

The information following this paragraph will give you key insight into the game this Sunday. For more expert soccer picks, please visit our dedicated page.

The mentioned odds above were true when this article was being written so to not make a mistake in your betting plans, please, check your odds before betting. Our recommended bookmaker for the game is BetMGM.

Without a shadow of a doubt the best team in the league so far is Club America. They topped the table with series of great games so far this season. In the total of 5 games between the two teams, 4 ended in victories for Club America. In these 5 games, Atletico San Luis managed to score only 2 goals. The current form of Club America is indeed admirable with them having one of the best defenses in the league. Their strike force is also doing a splendid job scoring a total of 16 goals so far.

As mentioned before Club America has one of the best defenses in the league conceding only 7 goals in 12 matches. The only team doing better is Atlas with 5. Furthermore, Atletico San Luis couldn’t score in their last 2 games so far which indicates problems in the attack as well. Their main attacking threat German Berterame will also miss the upcoming game due to a red card suspension in his last game.

Atletico San Luis has one of the worst defenses in the league this season, conceding a total of 15 goals so far. While their first place holding opponent Club America is enjoying a very good attacking form with 16 goals so far. The last 2 games between the two teams ended with 3 goals which indicate a goal galore this Sunday as well.

Atletico San Luis vs Club America: Check out the best odds and most important stats

And here are the key Atletico San Luis vs Club America statistics and suggestions:

Club America has no right to show doubt in their display of this game if they want to keep marching towards the title. So far everything is going great for them – the team has no major injuries, no suspensions, they have a tremendous form the entire season and they go up against a team that has one of the worst defenses in the league. They are showing a very good team play and everyone on this team can be a focal point of attack. 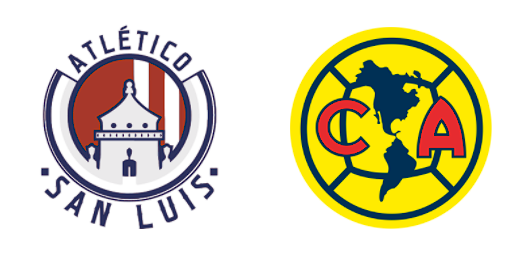