Today, we will go over the Atletico Ottawa vs Pacific prediction and check out all the top betting picks and lines for the fixture on Thursday.

Our wagering experts went over all the Canadian Premier League fixture data between Atletico Ottawa and Pacific and came up with the following betting picks for it.

We took the betting lines directly from the bookmaker BetMGM and if you want to see more Canadian Premier League betting picks, then feel free to visit our website. Keep in mind that all the lines are subject to change, which means that we can only guarantee them at the time of posting.

Pacific has won one, drew one, and lost one of the last three games, which has earned them four points, for now. Atletico Ottawa started good with a win, but after that, they lost two fixtures in a row and this fixture on Thursday will decide if they will climb ahead of Pacific FC or not in terms of points.

Pacific is currently leading in terms of total goals this season with two of their games having over 2.5 total goals out of the three they played. Atletico Ottawa has an average of 2.7 goals per match in their fixtures this season.

What do the numbers tell us?

Game Preview of the Thursday Fixture

Atletico Ottawa will face Pacific FC on Thursday at full strength because there are no injured or suspended players on their squad. On the other hand, Pacific will have to play against Atletico Ottawa without two players because of injuries. Since March this year, Duran Lee is suffering from an Achilles tendon rupture since the end of April and Gianni dos Santos is out because of an illness.

We don't think that missing two players will make much of a difference for Pacific FC, considering that they haven't played this season at all, so we are still betting on them to win on Thursday. 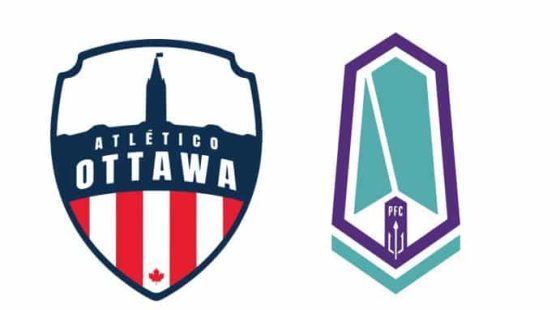