Today, we will go over the Canadian Premier League fixture between Atletico Ottawa and Edmonton, which will be on the 19th of July.

Here is what we thought would be the best betting picks for the Atletico Ottawa vs Edmonton fixture. If you want to see more CPL betting lines, then check us out on the website.

Remember to double-check the betting lines on the bookmaker platform because they could have changed by the time you read this. All betting lines came from BetMGM.

Atletico Ottawa has played against Edmonton only twice and they are the only ones that managed to win a game, the second one being a draw. Atletico Ottawa is two points ahead of Edmonton in the 2021 Canadian Premier League standings, currently.

Five of the last six games for Atletico Ottawa ended with under 2.5 total goals scored and their average goals for the 2021 CPL season are two per game, for now. Edmonton has an average of 1.8 goals per game and four out of the last five fixtures they played this season ended with less than 2.5 total goals.

Find out the top recent scores for Atletico Ottawa and Edmonton in these tables below. You will also see head-to-head data there.

Both Atletico Ottawa and Edmonton don't have the best form in the recent matches they played and picking a winner is hard. Atletico Ottawa has already proved they can win against Edmonton this year and that's why we chose them.

Both teams will be facing each other at full force because there are no injured or suspended players on either side. If Atletico Ottawa does get the win on Monday and luck is on their side, they could technically climb the CPL table to the top three. 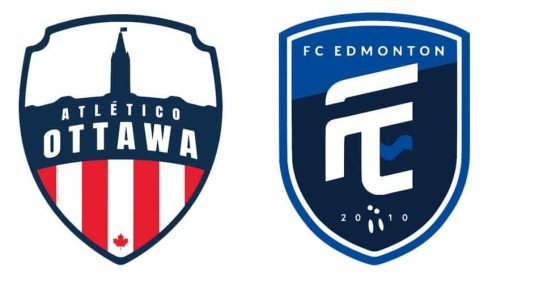