The betting lines below are for the top Atletico Ottawa vs Cavalry match. Keep in mind that you will have to check out the odds for each of the betting picks because they could have changed after we posted this article.

Both Atletico Ottawa and Cavalry are at the top of the Canadian Premier League table right now with twenty-four points. The main difference is that Atletico Ottawa lost or drew four of the last five games they hosted, while Cavalry hasn't lost a game away from home in the last five they played.

Who won't play this weekend because of an injury or another reason? Let's check out the lineups for both teams here.

Atletico Ottawa doesn't have any injured or suspended players at this time. On Sunday, they will be playing at 100%

Cavalry's Fraser Aird is the only injured player, currently, and they don't have any suspended ones at this time. Three others are at risk of suspension with four yellow cards – José Escalante, Daan Klomp, and Karifa Yao.

These are the most recent statistics and form for the Atletico Ottawa vs Cavalry match on Sunday.

Our final opinion regarding the upcoming game between Atletico Ottawa and Cavalry is that based on their current form, we don't think that Atletico Ottawa can beat Cavalry head-to-head even if their recent history suggests otherwise. We also think that both teams scoring is a likely outcome. 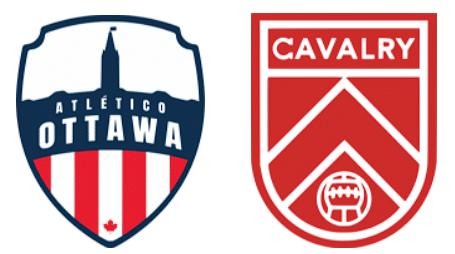