Atlas will go up against Tijuana in an attempt to shorten the distance with the currently ranked 1st Club America.

Atlas vs Tijuana: Our tips

The information below will give you the much–needed knowledge to make a winning bet! For more expert Liga MX picks, please visit our dedicated page.

Remember to always double-check your odds before placing the bet! Our recommended bookmaker for the game is BetMGM.

Historically speaking there is an argument to be made about making the opposite bet – in only 4 of the last 10 games, one of these teams didn’t score when they played against the other team. But considering the current form of these teams, we have to say that it doesn’t seem like traditions will be followed here. Atlas is one of the strongest teams in the league and has the absolute best defense, allowing only 6 goals in 14 games, while Tijuana has the absolute worse attack – only 7 goals in 14 games. Furthermore, Tijuana managed to score in only 1 of their last 5 games.

As mentioned above, Tijuana has the worse attack in the league – 7 goals in 14 games, almost all of them coming from home games. When it comes to playing away from Tijuana they struggle even more to produce good attacking threats. Meanwhile, Atlas, the best defensive side in the league, rarely makes mistakes at the back, but also has a very mediocre attack – only 13 goals in 14 games, which suggests a low goal-scoring game too. Historically speaking, you could find reasons behind this bet as well – 4 out of 10 times these two teams faced ended in Under 2.5 Goals.

In 3 of the last 10 times these two teams played against each other the result covered this prediction. Many of the last games that Atlas played also ended with such victories for them. Tijuana also has many games ending with such defeats. It is also important to mention the fact that Atlas is a low-scoring, low-allowing, but high-achieving team. It is extremely likely that the 2nd ranked team in the league will defeat the last one and if that happens it is even more likely that the result will be 1:0,2:0 or 3:0

Head-to-head data for the Atlas vs Tijuana: Best Odds and Statistic

These are the top stats and odds for the Atlas vs Tijuana game:

There isn’t an argument in favor of Tijuana. They are absolutely tragic this season and even the historical data of this derby wouldn’t work in their favor. Scoring only 7 goals in 13 games and allowing 22 gets you exactly where one would expect – last place with only 9 points to your name. Meanwhile, Atlas will be looking to shorten the distance between themselves and Club America. A victory this Friday will also provide a chance to cement their place in the 2nd position of Liga MX. Our football experts are unanimous – it will be a walk in the park for Atlas and an easy win. 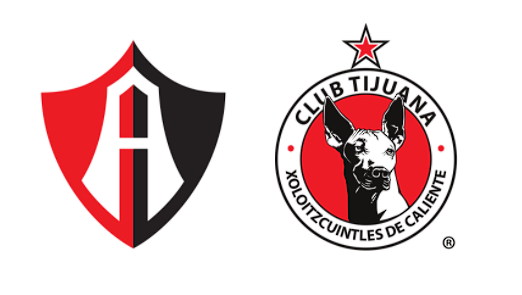 Important questions for the upcoming game: