Atlas look to continue their excellent form when they take on Puebla, who have actually picked some excellent results in away games against Atlas in the last few years. This is a preview of the Mexican Liga MX match featuring these two teams.

Atlas come into the game following a 2-0 victory over Leon. Meanwhile, Puebla are winless in three consecutive games after only managing a 1-1 draw with Cruz Azul at home.

Atlas have seen a surge of positive results that have lifted the club close to the top two positions. The recent win over Leon produced a masterclass in counter-attacking football since Atlas had less than 30% of the ball but still managed to come away with a decent victory. Puebla are a team who have been going through a string of draws even if they are positioned much lower than the table. Puebla are unbeaten in four consecutive games and they also have an excellent away record against Atlas.

The counter-attacking style from Atlas is unlikely to help the home team score a lot of goals. Puebla have been able to get at least a goal in the last four games without exception. It is remarkable that all of the last six meetings between Puebla and Atlas has been with a 1-0 score. It would not be surprising if more of the same occurs.

The 1-0 score has been incredibly popular whenever Atlas and Puebla have met with each other. This score has occurred in all of the last six meetings, but both teams have been showing a lot of offensive form that makes it difficult to rule out goals at both ends.

Top Betting Odds and Stats for Atlas vs Puebla

Atlas vs Puebla: Match Preview of the Liga MX Game

Atlas come into the game with the potential to even jump into the top two places of the Liga MX if other results go their way. Such has been the incredible momentum shown by the team over the last few games. However, it may be quite difficult to sustain without a lack of complete control in matches. There are no fitness worries for coach Diego Cocca.

Puebla might be closer to the relegation zone, but the team has still come up with a decent set of results over the last few matches that make them worthy contenders to rise up in the standings over the next few weeks. Coach Nicolás Larcamón does not have any fitness concerns in his squad.

Questions about Atlas vs Puebla 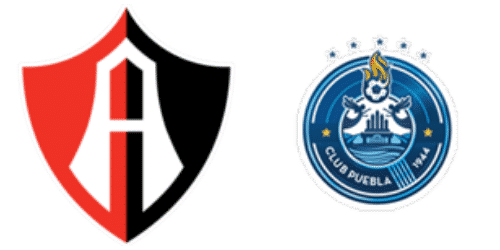 Where is the match scheduled? Estadio Jalisco

Which team is the favorite to win? Atlas