A top-tier clash between two quite familiar with each other opponents. Atlas will host this Round 10 Liga MX tie versus Leon. Stay tuned for the best free betting tips for this game.

Our experts analyzed the match-up and picked out the following free betting tips:

Always remember to check your bet slip before placing your final bet. The odds are true at the time of writing but may change at all times.  Our recommended bookmaker for this match is BetMGM.

The 4th and 5th ranked squads will fight for the points from this game. The result could be detrimental to the final top 4 rankings at the end of the campaign. Leon won their 8th Liga MX title just last year and would certainly like to fight for their 9th. Atlas is a tough opponent but not unbeatable. The hosts' major advantage is the fact that they are the lowest conceding team in the current Apertura. However, they've had trouble dealing with Leon in particular. Atlas hasn't won in its last 6 games versus Leon, losing 4.

As we mentioned earlier, Atlas is the lowest conceding team in the competition with just 4 goals in 9 games. However, the last time that Leon failed to score versus Atlas was nearly 3 years ago in 2018. Since then, the guests have scored 11 goals in 4 head-to-head matches with this opponent. Furthermore, Atlas has failed to score versus Leon in only one of their previous 10 meetings.

Leon’s matches tend to lead to quite a few goals scored. Often the club goes over the 4.5 goal mark on their own. Again this is a tricky wager when the other side has conceded just 4 goals in 9 matches. Nevertheless, 56% of Leon's league games and 75% of their games on the road have resulted in 3 or more goals scored. Head-to-head, 6 of their recent 10 games have had an over 2.5 goals result.

Atlas vs Leon: The latest stats and selection of the best odds

In this part of the article, you can check the available stats about this Liga MX match-up:

Halfway through the season, every point begins to matter.

This Round 10 tie will officially get both sides halfway through the 2021 Apertura. With just 7 games remaining after this one, the final standings are starting to form. The two teams that we are discussing today are in a direct flight for the top 4. Placed 4th and 5th, the result of the match is of extreme importance for both of them. If you don’t know, the top 4 league spots guarantee a direct pass to the play-off's quarterfinals. 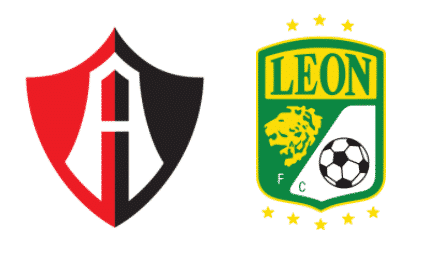