An in-form Atlas will host Cruz Azul in an attempt to continue the chase for first place.

Our team of experts did in-depth research and we now present you with the best possible predictions for the upcoming game. For more expert Liga MX picks, please visit our dedicated page.

Despite Atlas being at a higher position in the table, Cruz Azul is no joke as an opponent. They are only a few points down to the home team and a win will reduce that distance almost completely. Looking back at past games we can see that it is Cruz Azul who actually has the advantage. The last 10 games ended in 5 wins for Cruz Azul, 1 tie, and 4 wins for Atlas.

In those 10 games, 6 ended in both teams scoring at least 1 goal. It is a fruitful derby with plenty of chance for history to repeat itself this Wednesday. The teams do not have too many injured and suspended players so they will count on their best 11 men. Both teams need the victory so an offensive game is something that we will most likely witness.

From the last 10 games, the opponents managed to score 3 or more goals on 6 occasions, while 3 others ended in 2 goals, which is also very close to the margin. History is not something to be taken lightly when it comes to such important games! Atlas and Cruz Azul are one of the better scoring teams in the league which is also a reason for this prediction.

Atlas vs Cruz Azul: Check out the best odds and stats

When a game is close to calling as this one is there is always a risk that we may witness an unwanted “tactical” play by the two teams. Although, if history is any indicator we can sit back and enjoy the game as there have always been plenty of goals and interesting moments in the game ahead. It is important to mention that some of the highest-scoring attacking players in the league – Julio Furch, Bryan Angulo, Santiago Gimenez, and Julian Guinonez will all play in the game this Wednesday. Our experts analyzed all of the data for the game and they agreed that the game will probably end in a Draw or Win for Cruz Azul. 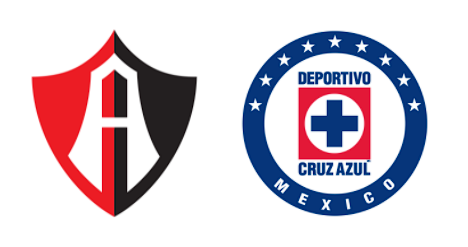 Important Questions and Answers about Atlas vs Cruz Azul game: