Atlanta Utd will be going up against Inter Miami on Thursday, and below, you can find the best betting picks and odds for their match.

Let's go over these three betting picks for the upcoming Atlanta Utd vs Inter Miami fixture. If you want to see more MLS predictions, check out our website's latest articles.

All odds from BetMGM are correct at the time of writing, but also subject to change. Make sure you check your bet slip before confirming.

Atlanta Utd is currently five points ahead of Inter Miami in the Eastern Conference table. They also have the advantage of winning the last head-to-head match they played against Inter Miami at the end of September. For Atlanta Utd, only one of the recent four matches they played ended with a loss, while three of the last five matches for Inter Miami all ended with losses.

These are all the recent match stats and team forms for the upcoming match between Atlanta Utd and Inter Miami.

Atlanta Utd's players have mostly recovered and only two players (midfielder Emerson Hyndman and forward Tyler Wolff) are still out with injuries. For Inter Miami, there are a lot of injuries to speak of. A total of nine players will most likely miss the match on Thursday because of various injuries. This is one of the reasons we put Inter Miami in the underdog category because too many of their players are out with an injury. The most recent ones are two forwards – Robbie Robinson and Jay Chapman, who are marked as “questionable” for now because we don't know much about their injuries. 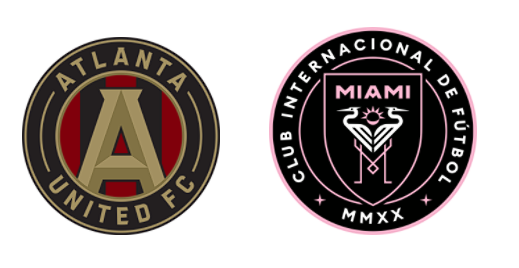