Atlanta Utd will face Cincinnati on Thursday, and we will go over the match to find the top betting picks and predictions. If you want to check out more MLS odds and picks, make sure to visit our website for more articles.

Below, we have listed the most popular and best predictions, betting lines, and free picks for the upcoming MLS fixture between Atlanta Utd and Cincinnati.

Odds from BetMGM are subject to change but correct at the time of writing. Before you place a wager, make sure to double-check it via your bet slip.

Atlanta's recent form has been in the top four of the whole Eastern Conference and they not only won most of their latest games, but they also did it without resistance. Four of the last five matches for Atlanta Utd ended with clean sheets. Also, two of the last three times the Five Stripers won against Cincinnati, the match ended the same way.

Atlanta Utd has recently had a lucky streak with five wins out of the last six games they played. Cincinnati on the other hand is almost at the bottom of the Eastern Conference table with only twenty points, which is ten points less than Atlanta Utd. Another advantage that the Five Stripes have is that they won three of the last five head-to-head matches against Cincinnati in the past.

The tables below, contain the latest match histories and recent scores for the MLS match between Cincinnati and Atlanta Utd on Thursday.

Cincinnati isn't only one of the worst teams in the Conference when it comes to this season's form, but they also have four injured players that won’t be able to make it to Thursday's match. Atlanta Utd on the other hand has only two injured players – midfielders Emerson Hyndman and Franco Ibarra who have both been out for at least ten fixtures. We don't have any information on the return dates for those players or if they are anytime soon. 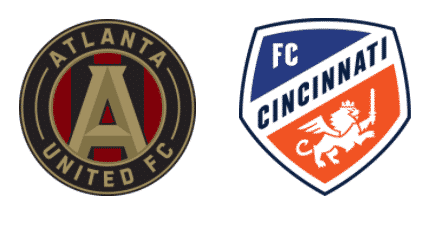 Common Queries About the Atlanta Utd vs Cincinnati Fixture