Atlanta United will be facing Sporting KC on the 27th of February, and below you can see what we think about the match and the outcome. For more MLS odds and picks, you can check out our website.

Our betting experts reviewed the match and came up with the following Atlanta United vs Sporting KC betting lines and picks for their upcoming match on Sunday. The odds in this article are from BetMGM and are subject to change. Make sure to check them out via your bet slip before wagering.

Atlanta United has been in better form than their opponents right now with four wins out of the last five matches they played. Atlanta United also won the last head-to-head they played against Sporting KC. It's safe to say that we are betting on the team with the better recent form and obvious advantage.

We don't think that both teams will score during the Sunday match between Atlanta United and Sporting KC. Two of the three times these clubs played against each other ended with clean sheets and the same goes for three of the last four matches for Atlanta United.

Info and Lineups Regarding Atlanta United vs Sporting KC

Here we will see if there will be any players missing this weekend due to injuries, suspensions, or any other reasons.

Only Emerson Hyndman is out for a while now because of the injury he suffered in May last year.

There are no injured or suspended players from Sporting KC at the moment.

Stats and Scores for Sunday's Atlanta United vs Sporting KC

In the tables below, you can check out the latest stats and histories for the Atlanta United vs Sporting KC fixture on Sunday.

Both the bookmakers and we agree that Atlanta United has a better chance of beating Sporting KC on Sunday. Their recent form speaks for itself with four wins against Sporting KC's no wins in the last five fixtures. There is also a chance that only one team will score during the fixture, mirroring the last head-to-head between the clubs. 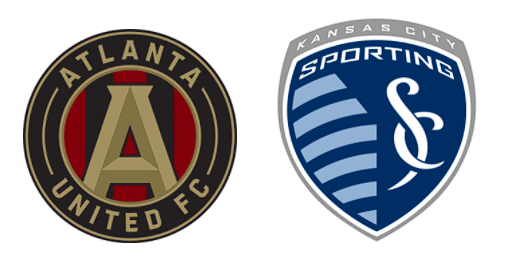