Atlanta United will be facing Seattle Sounders on the 6th of August, and here, you can read everything you should know about the match. If you want to see more MLS predictions, you can head over to our website.

We went through all the data for the Atlanta United vs Seattle Sounders match and came up with the following free betting tips and predictions. These odds are from the BetMGM platform and are subject to change.

Three of the last five games that both Atlanta United and Seattle Sounders played ended without both teams scoring goals. We think that their next head-to-head has a high chance of also ending that way. Although most of their past games didn't end with clean sheets, we think that this time around everything would be different.

Lineups and Suspensions for Atlanta United vs Seattle Sounders

Here, you can check out the most recent injuries and lineups for both teams before their upcoming game on Saturday.

Atlanta United continues to have a total of seven injured players and they won't be able to join the game this weekend. They don't have any suspended players, though.

Joao Paulo and Obed Vargas are the only injured players from Seattle Sounders right now, so they will be the only ones who won't make it this weekend 100%.

These are all the recent match histories & bookmaker odds for the upcoming Atlanta United vs Seattle Sounders match.

We believe that the next time these two teams play together, we won't see many goals scored based on their most recent matches and their form. We also think that only one of the teams will score goals during the match if any of them do end up scoring. 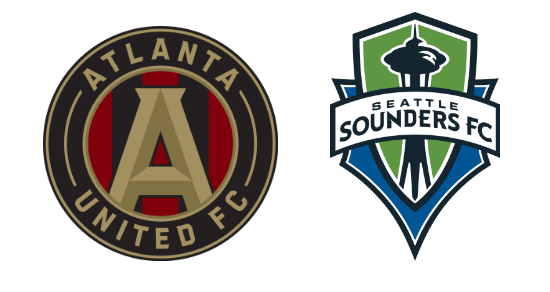 What You Should Know About the Match Before the Kick-Off