In this article, we will check out the Atlanta United vs New York City match and find the top betting picks and odds for the event.

These are the top betting lines and odds for the upcoming Atlanta United vs New York City fixture this week. If you are looking for more MLS predictions, you can check out our website's latest articles.

These odds are all from BetMGM's platform and are subject to change. Make sure to double-check them before wagering.

In these tables, you can check out the most recent scores and statistics for the Atlanta United vs New York City match.

New York City will play with a full squad without any injured or suspended players this week, but considering their recent form, it's highly doubtful they will win against Atlanta United on Thursday. We also don't expect the game to have many goals scored.

Atlanta United has had a boost of good games recently, but it didn't last long. Three of the last five matches they played ended with wins. They also have a total of four injured players, and we don't know if any of them will come back to play soon. 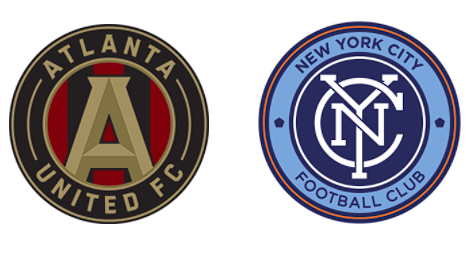