Atlanta United will face Chicago Fire on the 8th of May, and in this article, we will cover the top predictions and free picks for the event in question.

We gave our betting experts the task of finding the best betting lines and top free picks for the upcoming Atlanta United vs Chicago Fire fixture, and this is what they came up with. All betting lines can change at any time, and we used odds from BetMGM. They are our recommended bookmakers for this match.

Although both teams are in some of the worst recent forms in all of the Eastern Conference and the MLS as a whole right now, we think that Atlanta United has a better chance of winning Sunday's match. They will be hosting the game at home, they haven't lost a match since last August. Chicago Fire's away form isn't as promising with only one win in the last five games they traveled for.

Lineups and Injuries for Atlanta United vs Chicago Fire

In this section, you can check out the latest changes in the lineups for the upcoming Atlanta United vs Chicago Fire game.

Atlanta United has a total of five injured players – Osvaldo Alonso, Dylan Castanheira, Machop Chol, Brad Guzan, Josef Martinez who were all injured in the last few months. There are no suspensions at this time.

Only Fabian Herbers and Kacper Przybylko are out with injuries from Chicago Fire, but they won't be the only ones missing Sunday's game. Rafael Czichos and Jhon Duran got a red card suspension in the game against New York RB.

In the tables below, you can check out the latest team stats and data for both Chicago Fire and Atlanta United.

Atlanta United vs Chicago Fire: How Will the Sunday Game End?

We have seen many losses in both Chicago Fire and Atlanta United's recent history and we may see more for one of them. Atlanta United will be hosting the game which gives them an edge over Chicago Fire because they will be more comfortable at home. Also, we expect more than 2.5 total goals during the game. 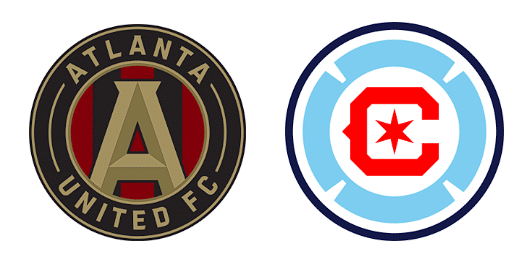