Alajuelense will be facing Guastatoya on the 29th of September, and in this article, you can check out the most popular tips, predictions, and top odds for the match.

These are the top free picks for the upcoming match on Wednesday.

All odds are from BetMGM and are subject to change, so check them out before you place these bets.

Although the last time they faced each other, the match ended in a draw, this time we believe they will be more motivated to score. Alajuelense is the team with better form – winning three of the last five fixtures they hosted. Guastatoya on the other hand lost the last eight games they traveled for in a row.

Below, you can see the latest match histories for both teams and the most recent scores in those matches.

Alajuelense vs Guastatoya: Our Final Preview for Wednesday

The first leg between Alajuelense and Guastatoya ended with a draw, so this second match-up between them will be that more important. Based on the recent form of both teams, we believe that Alajuelense will win on Wednesday. That's because they have had better form when playing at home compared to Guastatoya who lost a whole lot of games playing away from home. There aren't any injured or suspended players for both teams. Also, we think there is a chance a lot of goals will be scored this week to determine the winner. 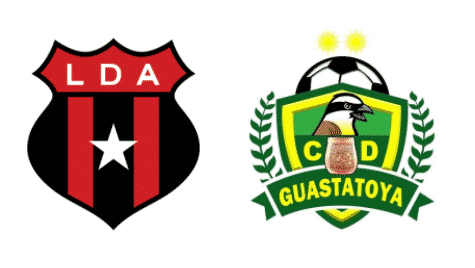 Alajuelense vs Guastatoya: Popular Questions You Should Read