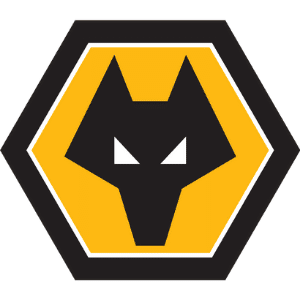 Wolverhampton Wanderers are a football team who play in the English Premier League and are based in Wolverhampton in the West Midlands. Formed as St. Luke’s FC in 1877, Wolves have played at Molineux Stadium since 1889. They are currently managed by Nuno Espírito Santo and are one of the founding members of the English Football League. In 1953, Wolves became one of the first British clubs to install floodlights. Their traditional home colours are gold shirts and black shorts and their rivals are West Bromwich Albion who they face in the Black Country derby.

Wolverhampton Wanderers Football Club, or Wolves as they are commonly called, is a professional club from the city of Wolverhampton, located in the West Midlands. The team was founded in 1877 as St. Luke’s Football Club until changing the name in 1879. In 1888, Wolves were one of the teams that founded the English Football League.

Wolves play their games at Molineux Stadium, their home ground since 1889. During their long-lasting history, they have been champions of England on three occasions – all in the 1950s and all under their legendary manager Stan Cullis. They’ve also won 4 FA Cups, 2 League Cups and played in the UEFA Cup Final in 1971/1972 season. This was the first-ever season of this European competition and Wolves ultimately lost the final 3-2 on aggregate to another English side, Tottenham Hotspur.

After that success, Wolverhampton Wanderers were mostly in and out of the top flight but they’ve been a stable member of the Premier League since 2018. Under their current manager Nuno Espírito Santo, Wolves got back to European competition and reached the quarter-finals of the UEFA Europa League in 2020.

Visit our website if you want to know more about the current transfer rumours, gossip and hear the latest Wolves transfer news.

Wolves splashed the cash and paid £35m for Silva, which is the club’s record transfer fee. What is even more surprising is the fact that the Portuguese striker is only 18 years old. While paying such a fee for a teenager might seem a bit crazy, it could massively pay off if Silva fulfils his potential at the club.

Before paying £35 million for Silva in 2020, the highest-paid fee for Wolves was £30 million paid to Benfica for Raúl Jiménez. The Mexican striker spent a year on loan at the Molineux Stadium and after scoring 13 goals in the league that season for the newly-promoted Wolves, the deal was made permanent.

Adama Traoré from Middleborough for £18m in 2018

The signing of Adama Traoré after two very successful years at Middleborough was a shrewd move by the Wolves right after they gained promotion to the Premier League. The young Spanish wing-back developed into a strong and quick player with enough talent to make his performances for the club stand out.

After a prolonged legal battle with Sporting CP, Rui Patrício finally managed to move to Wolves in 2018 and he was immediately promoted to the starting goalkeeper at the club. His commanding of the defence proved vital to the club’s success in the Premier League and, later, in Europe.

Diogo Jota joined Wolves on a loan in the summer of 2017 but his move was made permanent in January of 2018 for a reported fee of £12.5 million. And, after proving his talent in the Premier League with Wolves, he was bought by Liverpool in 2020 for a fee of around £41 million, which is the highest fee ever received by the club.

Value of Sterling dropping – Why City forward is struggling for goals

A nod to Nuno – the Premier League’s most underrated manager?