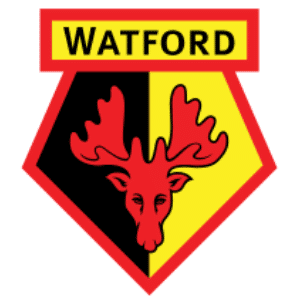 How Capoue went from enigma to Watford’s action man

Watford FC is a professional football club based in the town of Watford. Founded as Watford Rovers in 1881, the club got the name that is used till today in 1898 following the merging of local clubs. In its early history, the team played at numerous grounds before finally moving to Vicarage Road in 1922. Watford has several nicknames often referred to as the Hornets, The Golden Boys, and the Yellow Army.

The man responsible for the club's first rise to England's top-flight is Graham Taylor. He took charge of the squad in 1977 while the Hornets participated in the fourth tier of English football. By 1987 Taylor had managed to win three promotions, and Watford was now a first-tier competitor.

Since the beginning of the 21 century, Watford F.C. has been a consistent Championship side. After winning promotion to the Premier League in 2015, the Hornets spent five seasons at the top-flight before being relegated last season.

Paul Furlong from Coventry City on a free transfer in 1992 – Playing as a striker, Furlong found it hard to settle in Coventry and managed just four goals in his only season with The Sky Blues. Upon joining Watford in 1992, Furlong returned to scoring with 37 goals in 79 appearances. This record saw him get bought by Chelsea FC in 1994 for £3.5 Million – a significant sum by the '90s standards.

Richarlison from Fluminense for £12.40 Million in 2017 – Richarlison made his Série A debut with Fluminense in 2016 after being bought from the Série B outfit América Mineiro. Although only scoring nine times in his two seasons at Brazil's top-flight, he was subject of interest of Watford. He became a Golden Boy in 2017 and went on to feature in all Premier League games for the Hornets during that campaign. After the 2017/2018 season concluded, Everton was quick to bid for the striker. Richarlison ended up joining the Merseyside club for a fee of £39.20 Million in 2018, thus becoming Watford's most expensive player ever to be sold.

Abdoulaye Doucouré from Stade Rennais for £10.60 Million in 2016 – A product of Rennes’ youth academy Doucouré made his debut for the senior squad of the French team in 2012. He went on to be a regular starter in the following three years prior to his departure in 2016. The midfielder's purpose in Watford was to help the team solidify its Premier League position. Doucouré did a significant amount in his 141 appearances for the Golden Army, scoring 17 times and assisting 12 goals. For his efforts during the 2017/2018 campaign, he was awarded the Watford's Player of the Season award. Proven that he is up to par with the level of play at the Premier League, he departed the club following the 2020 relegation. Similar to Richarlison, Doucouré’s exit was headed towards Merseyside. Everton splashed the cash for the box-to-box midfielder paying over £22 Million to get a hold of his services.

If there are ”can't miss” transfer news, you want to read it on our website. Scroll down and get all the recent rumours and gossip about your favourite team.