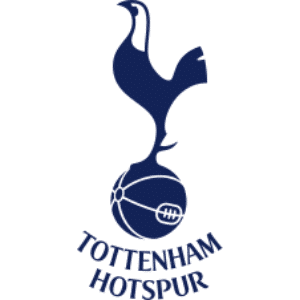 Tottenham Hotspur FC are a football team that play in the English Premier League. They are one of the only clubs to have competed in every season of the league since it was formed in 1992, having been one of the founding member clubs. Founded in 1882, Tottenham were the first English side to win a domestic league and cup double, the first English club to win a UEFA competition — the 1963 Cup Winners’ Cup — and the first winners of the UEFA Cup in 1972. In 2019 they moved into Tottenham Hotspur Stadium, on the redeveloped site of their old White Hart Lane home. Tottenham play in and white shirt with blue shorts. José Mourinho is their current manager. Spurs have emerged as one of the Premier League’s strongest sides, with transfer funds to match.

Tottenham Hotspur Football Club is a professional club from Tottenham district in North London. Usually referred to as Tottenham or Spurs, this club was founded in 1882 and played its games at White Hart Lane until 2019 when they moved to their freshly built Tottenham Hotspur Stadium with a capacity of 62,303 seats.

Although Spurs aren’t as decorated as some other clubs, they have a few unique records. For example, they are the only non-league club that won the FA Cup back in 1901. They are also the first English club who managed to win the League and FA Cup Double in the 20th century – a feat they achieved in 1960/1961 season. In total, Tottenham has two top flight titles, eight FA Cup trophies and 4 League Cup titles. They have also won UEFA Cup Winners’ Cup in 1963 and UEFA Cup in 1972 and 1984.

In recent years, Spurs were often among the top teams in the Premier League but they have failed to win it. Additionally, Tottenham got to the finals of the 2018/2019 UEFA Champions League, where they lost to Liverpool. Their current manager is José Mourinho.

Among various club info, the Spurs are sponsored by a new betting site.

You can read more about Tottenham transfer news and keep up with the latest gossip and rumours on our site.

When the South Korean winger arrived at White Hart Lane in 2015, he was only 23-years old. However, he already played 5 seasons in Germany, first for Hamburg and then Leverkusen. The move proved to be a very smart buy from Spurs since Son proved his potential in the Premier League. So far, the winger has scored 61 goals in the league for the team and there’s obviously still more to come.

The arrival of the Croatian central midfielder was seen as a smart move from the very start and the fee paid to Dinamo Zagreb for Modrić was the club’s record at the time, along with the transfer for Darren Bent for the same fee. The midfielder struggled for a while but he showed class after getting adjusted to the Premier League. He spent four years at the club before going to Real Madrid for £30 million.

Dimitar Berbatov from Bayer Leverkusen for £16m in 2006

After moving to England for a fee of £16 million, Dimitar Berbatov became the most expensive Bulgarian footballer in history. He only spent 2 years at Tottenham and scored only 27 goals but that was enough for the club to earn a nice profit after selling him to Manchester United for £31 million in 2008.

Gareth Bale from Southampton for £5m in 2007

The Welsh winger arrived at Tottenham for a modest fee of £5 million and he quickly impressed everyone at the club with unmatched pace and talent. After six years at the club, he was sold to Real Madrid for then record-breaking £90 million. In 2020, Bale returned to Tottenham on a loan.

Tanguy Ndombele from Olympique Lyon for £55 in 2019

The most expensive signing in the history of the club is Tanguy Ndombele, a French midfielder who came to Tottenham for a fee of £55 million, plus add-ons. His first season at the club was not the best but he did show potential that might make his signing worthwhile in the end.