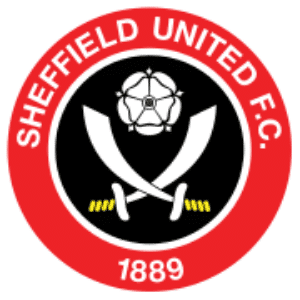 Henderson must bide time before succeeding De Gea at United

Sheffield United are a football team who play in the English Premier League from the city of Sheffield in South Yorkshire. Nicknamed the Blades due to Sheffield’s history of steel production, their rivals are Sheffield Wednesday and matches between the two are called the Steel City derby. United, who are managed by Chris Wilder won the original Football League in 1898 and have played in red and white stripes throughout much of their history. They have called Bramall Lane home for their entire existence.

Sheffield United Football Club is an English professional team located in South Yorkshire, in the city of Sheffield. The club was formed in 1889 and nicknamed the Blades due to the city’s steel production history. Sheffield United plays its home games at Bramall Lane, which they have done ever since the foundation of the club.

This team had most of its success soon after formation since their only top tier title came in 1898. In addition to this, they were runner-ups in 1897 and 1900. Sheffield United also has 4 FA Cup wins and two FA Cup finals in 1901 and 1936. Sheffield United is one of the founder teams of Premier League and they even scored the first-ever Premier League goal in a 2-1 win over Manchester United, the eventual champions.

Sheffield United and Sheffield Wednesday are fierce rivals and part of the Steel City Derby. The current manager of the club is Chris Wilder, who brought the club back to the Premier League after nearly 15 years in lower leagues.

By coming to our website, you can find out the latest Sheffield United transfer news, gossip and rumours.

Billy Sharp is the product of Sheffield United academy but he left the club in 2005 to join Scunthorpe United. After two years, he was brought back to Bramall Lane only to be sold again in 2010 to Doncaster Rovers. But, once again, the striker ended up at Sheffield United in 2015 and he has been with the club ever since, helping them gain promotion to Premier League in 2019.

Sheffield United broke a few of their transfer records in recent years and one of the first was for Oli McBurnie, a young English striker from Swansea City. McBurnie formed an offensive duo with Billy Sharp that got Sheffield back to Premier League.

The Irish central defender is one of the most important pieces of the Sheffield United team since he played 84 games for the club in three years since arriving. He is the vital part of the team’s great defence and he recently signed another contract with the club.

The most expensive signing in Sheffield United history is Rhian Brewster, a young English striker who played for Liverpool. The hefty £23 million fee was seen as an investment in the future for Sheffield but Brewster already started a few games for the club in 2020. Will this prove to be a shrewd move by the Blades, it remains to be seen after some time.