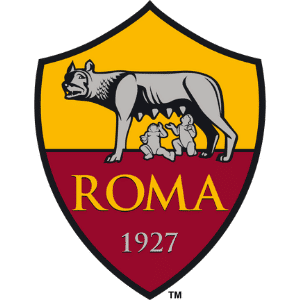 Associazione Sportiva Roma, usually referred to as Roma, is a football club from Rome, the capital of Italy. The team was founded in 1927 and spent all of its history in the top flight of the Italian football, except for the 1951/1952 season. Roma hosts its games at Stadio Olimpico, which they share with another club from Rome called S.S. Lazio. However, a move to their own stadium is being planned, although the construction is yet to commence.

While Roma is not among the most decorated teams in Italy when it comes to domestic titles, they are a fairly successful and popular club. They have won three Serie A titles – in 1942, 1983 and 2001. Roma also has 9 domestic cup wins, only trailing Juventus with 13 Coppa Italia trophies. The club had little success in Europe, although they did reach the finals of both European Cup and UEFA Cup in 1984 and 1991, respectively.

Since their last Serie A title in 2001, Roma had little success in Italy with just two Cup wins. Their current manager is Paulo Fonseca.

You can check out our website if you want to learn all about Roma transfer news and keep up with the current rumours and gossip.

Salah arrived at Roma on a loan in 2015, with the option to make the move permanent. Rome decided to do just that and bought Salah for a total fee of £18 million. The Egyptian winger revived his career in Italy and after his second season with the club he was sold for £37.8 million to Liverpool.

The most expensive signing in Roma’s history is Patrick Schick. While this is pretty surprising considering the fact the Czech striker only played in 46 league games with the club, it is important to note the complex structure of his transfer from Sampdoria. This included multiple bonuses and clauses, some of which were activated after Schick was sold to Bayer Leverkusen in 2020.

After nine very successful years at Fiorentina, Batistuta arrived at Roma for a fee of £32.5 million. This was a huge transfer for Roma but it paid off almost immediately. In his first season with the club, the Argentinian striker helped the team to its long-awaited third Scudetto.

Cassano was only 18 years old when he came to the club for a huge fee of £28 million. Obviously, he was one of the biggest Italian talents at the time and while he had a good career, it is safe to say that Cassano failed to live up to the expectations. He spent 5 seasons at Roma before being sold to Real Madrid.

Alisson Becker from Internacional for £7.2m in 2016

The Brazilian goalkeeper arrived at Roma in 2016 but he only spent two years at the club and played in 37 league games before Liverpool came calling for him. Roma couldn’t refuse their offer of £56 million, which made Alisson the most expensive outgoing transfer by the club.