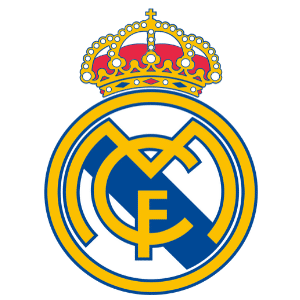 Real Madrid is one of the most famous football clubs in Europe and the world. They are based in Madrid, and they were estimated to be one of the highest-earning clubs in the world in 2019. They have the record number of thirty-four La Liga titles, thirteen UEFA Champions League titles, four FIFA Club World Cup titles under their belt, and so many other honors. Their head coach is the legendary Zinedine Zidane, who used to play for the team before he retired.

Notable Transfers in the Club’s History

Over the years, Real Madrid has had many great players on their squad, and some of them, like Raul Gonzalez and Iker Casillas, come directly from the development teams of Real Madrid. Still, some players are transfers that benefited the team a lot and helped secure their glory. Below, you can see the most notable transfers to the team.

Cristiano Ronaldo is one of the most famous football faces today, and he has had an impressive career with Real Madrid. In 2009 the team bought him from Manchester United for the record sum of £94 million. He played for the club until 2018 and scored a total of 311 goals.

David Beckham's on-field talents and off-field popularity earned him a spot in Real Madrid for £35 million. He played for the team from 2003 to 2007. He had a good run, but the most surprising move happened out of Real Madrid to LA Galaxy worth around £140 million.

Zinedine Zidane is the current head coach for Real Madrid, but he played as an attacking midfielder for Real Madrid before he retired. Juventus acquired him for a £75 million fee, which back in 2002 was a record. During his 155 matches with the club, he only scored thirty-seven goals, but his most notable one was the Champions League's winning goal in 2002.

Luis Figo moved to Real Madrid from Barcelona for £62 million in 2002, and the whole ordeal was controversial because of the rivalry between the two teams. He was on the team for five seasons, and he helped the team win two La Liga titles and two Champions League titles. During his stay in Real Madrid, Figo scored a total of thirty-eight goals from his 164 appearances.

Before he signed with Real Madrid, Ronaldo was in Inter Milan, and the deal for him cost Madrid £46 million. The sales for his jersey broke all records on the first day, and his performance was fantastic. With his help, the club won two La Liga Championships. He scored eighty-three goals in his 127 appearances.

Kaka is another famous name in football, and before he played for Real Madrid, he was in AC Milan. Madrid paid to get him was £67 million, and the reasons for the departure were mainly financial. The player spent four seasons with the club and during that time provided thirty-two assists and scored twenty-nine goals.

International Heroes: the top 10 players who have scored the most goals for their country

Mikel Arteta: what changes has he made and have Arsenal improved since his arrival?