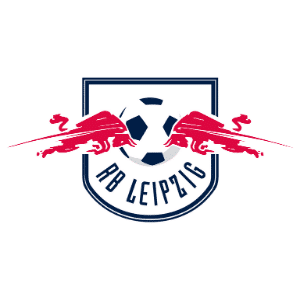 RB Leipzig is a club that was founded on May 19, 2009 (yes, that soon) but this doesn't mean that they can't pose a massive threat to Bundesliga colossus Bayern Munich's winning streak. During their speedy climb to the top of German football, Leipzig gathered a giant mass of haters who weren't pleased with the club. People claimed that sponsors heavily funded the club to the point where it's not fair for the other teams. The situation reminds of the time Chelsea was acquired by Roman Abramovich or when PSG got bought by the Qatar Investment Authority. Because of the fairly short history that the club has, they are yet to regard a particular player as a club legend. A title like this requires a serious amount of time spent with the club and, nevertheless, dedication.

Joshua Kimmich from VfB Stuttgart for €500,000 in 2013 – Kimmich became part of Leipzig while they were on the road to the Bundesliga. In 2013 the club was participating in the 3. Bundesliga. During that time, Kimmich was coming out of Stuttgart's youth system and even had a single appearance for Stuttgart's 2nd team. He had a significant role in winning promotion in the first season he spent with Leipzig but never played for them in the Bundesliga. In 2015 Bayern Munich acquired him.

Emil Forsberg from Malmö FF for €3.33 Million in 2015 – The author of the first even RB Leipzig Champions League goal is Forsberg. The attacking midfielder joined while the club was still in the 2. Bundesliga and was named the best player of the league during the 2015/2016 campaign. He contributed to the awaited Bundesliga promotion and finished the following 2016/2017 season with 22 assists – enough to top the chart in that department. Forsberg is an investment that has definitely paid off.

Timo Werner from VfB Stuttgart for €12.60 Million in 2016 – Leipzig is where the 24-year-old striker rose to prominence. His goal scoring statistics at Stuttgart weren't that impressive at all – 14 goals in 103 appearances, which was nothing compared to the 95 goals in 159 caps that he had for Leipzig. He scored an average of 25 times per season in the four campaigns he spent with Die Roten Bullen. Werner's impressive form and statistics were spotted by Chelsea, who parted ways with €53 Million in the summer of 2020 to acquire the forward.

Naby Keita from RB Salzburg for €26.78 Million in 2016 – Keita joined RB Leipzig from their sister club RB Salzburg for the fee of almost €27 Million. This sum is still holding the first place in the most expensive deals for an arrival that the Red Bulls have done to this day. The 2016/2017 season was the first top-flight campaign for Leipzig, which is why they felt the need to reinforce their squad with players from their sister team. The central midfielder Naby Keita played for two seasons at the Red Bull arena, before Jürgen Klopp attracted him to Liverpool. Keita's selling holds the record for the priciest departure in the history of the Red Bulls.