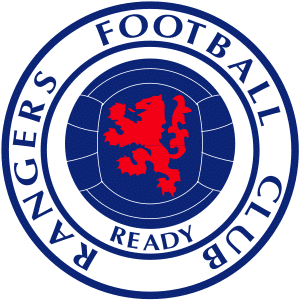 Historically Rangers is the most successful Scottish club with 115 trophies. Sound like they don't need big transfer news in order to be good, right? But despite the mind-boggling number, they are only leading Celtic with five more honors. During the last decade, rival team Celtic has been dominating the Scottish Premiership. Ever since winning the back then called Scottish Premier League in 2010, Rangers have surrendered the first place to the Celts in all following editions. The Old Firm rivalry, as it is called, is one of Europe's most competitive and long still ongoing rivalries.

Ex-Liverpool star and captain Steven Gerrard marked the beginning of a new era for the club when he arrived in 2018. The squad's form has sprung back to life and is now sternly contesting Celtic's top spot. Rangers finished as runners-up in the last two seasons and are eager to see their first league title in 10 years finally coming.

Brian Laudrup from AC Milan on a free transfer in 1994 – Before joining the Gers, Laudrup experienced difficulties settling in any of the clubs he played for. He was part of Bayern Munich, Fiorentina, AC Milan, and only spent more than one season at Bayern. Despite this, during his 2nd year with the German club, he fell out of favor and was awarded just 20 starts. Milan paid €7.5 Million for Laudrup to only make nine league appearances before they offloaded him to the Scottish club. At Rangers, the Austrian finally managed to establish himself, and during the four years at Ibrox Stadium, he enjoyed his best form. In total, he accumulated 150 appearances paired with 44 goals and numerous assists and won 6 major Scottish trophies. Unfortunately for Rangers, they couldn't capitalize on selling the player that they acquired for free as Laudrup joined Chelsea on a feeless transfer in 1998.

Gennaro Gattuso from Perugia on a free transfer in 1997 – Gattuso, a legend of Italian football and AC Milan, signed his first major contract with Rangers in 1997. He immediately became a part of the starting line-up amassing 40 appearances in his first season. However, at the end of that campaign, the manager that brought him to Scotland, Walter Smith, departed the club, and Gattuso wasn't part of the plans of Dick Advocaat – Smith's successor. The rumours were that he will leave the club soon. Being played out of position, it was in both parties' favor to part ways, and he was sold to Salernitana for €4 Million in 1998. The following year he became part of AC Milan, and the rest is history.

Mikel Arteta from Barcelona for €7.9 Million in 2002 – The prominent Arsenal man, both player, and manager, credited his time at Celtic as the period with the most growth in his career. He struggled to find play-time with the Catalans and became an instant starter once he joined the Gers. Arteta scored crucial goals in the Old Firm derby and on the last day of the 2002/2003 campaign to secure the league title on goal difference and complete the Rangers' treble. In 2004 with the intention to link up and play alongside his friend Xabi Alonso Arteta joined Real Sociedad for €5.2 Million.