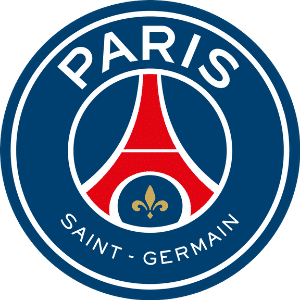 Paris Saint-Germain is the most dominating team in the top tier of French football. They have won seven of the last eight Ligue 1 editions, making the league arguably the most one-sided elite European championship in recent years. With a squad packed with stars and backed by a vast amount of funds, the team's reign in France doesn't look like it's coming to an end. However, it has not always been like this. Before being bought by Qatar Sports Investments, PSG only had a handful of trophies from the '80s and '90s. The Paris team owes a lot, if not everything, that they've achieved in recent years to the tremendous amount of money that flowed into the club.

These are some of the top PSG transfers since the turn of the century.

Ronaldinho from Grêmio for £5 Million in 2001 – Not everyone is aware of the fact that it was PSG that gave a start to this legendary player's European career. The transfer was pronged after Ronaldinho scored over 50 goals in his last two seasons with the Brazilian club Grêmio. Arriving in Paris, he linked-up with several compatriots that helped him settle with the likes of Jay-Jay Okocha and Nicolas Anelka. Ronaldinho wore PSG's kit for just two campaigns before being bought by Barcelona for over £32 Million, and the rest is history. He went on to become a club legend for both Barca and AC Milan later. Ronaldinho has always gravitated towards his homeland and returned to Brazil in 2011 to play out the rest of his career.

Edinson Cavani from Napoli for £65 Million in 2013 – The Uruguayan striker rose to prominence with Serie A’s Napoli after netting over 30 goals in 3 consecutive seasons. He was one of the first names that the Qatar Sports Investments brought to the French club setting the record for the most expensive arrival at the time. Although the club didn’t recoup any money from Cavani’s free transfer to Manchester United in 2020, he was well worth the investment. He scored 200 goals in 301 appearances, peaking at 49 goals during the 2016/2017 campaign.

Neymar from Barcelona for £222 Million in 2017 – We cannot skip on the biggest transfer ever made. PSG rewrote the history books when they acquired Neymar for the mind-boggling sum of £222 Million. This is the first and, so far, only transfer worth over £200 Million. He is a player that's scarcely used in league matches and mainly for European tournaments. For the three completed campaigns that Neymar has for PSG, he has scored 72 times in 89 outings.

Kylian Mbappe from Monaco for £180 Million in 2018 – Another fascinating player. Mbappe was a product of fellow-Ligue 1 side Monaco from which PSG bought him. Worth £180 Million at just 20 years of age, Mbappe is considered to be the future of football and probably the best player to have played so far. His statistics confirm this, with him having more goals-58 than appearances – 55. Undoubtedly his best time still lays ahead of the French International, and it's only normal for the whole football world to keep an eye on him.