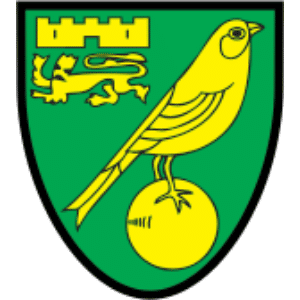 Norwich City is a Championship side that plays its home matches at the Carrow Road ground. Founded in 1902, the Canaries, as they are often referred to, spent the first half of their existence playing between the third and fourth tier of English football. It was only in 1972 when Norwich managed to reach England’s top-flight. Since then, the side has played mainly in the first tier, until a 2005 relegation. During the 21st century, Norwich has struggled to regain its form as a frequent Premier League participator.

The club's most recent triumph was winning the Championship in 2019 after losing only six games. A disappointing PL season followed, and Norwich got relegated again. The Canaries are looking for an immediate return with the same coach that guided them to the Premier League the last time. The main factor will probably be Teemu Pukki's form. If the Finnish striker gets close to the 30 goals he managed last time, Norwich will be again a contender for promotion.

Bryan Gunn from Aberdeen FC for £150,000 in 1986 – For the sum of £150,000, which by the 80s standards wasn’t as small as it sounds today, Norwich acquired their best ever goalkeeper. Bought from Scottish side Aberdeen with which Gunn began his career, the goalie spent 12 years with the Canaries, during which he participated in 390 matches. Remaining loyal to the English club, Gunn left in 1998 to finish his career with Hibernian later that season.

Chris Sutton to Blackburn for £7.50 in 1994 – A product of Norwich's youth academy, Sutton proved that the Canaries can produce players at a world-class level of play. He made his debut for the senior squad during the 1990/1991 season but only started regularly featuring in the following campaign. Before being bought by Blackburn Rovers in 1994 Sutton, scored 25 league goals in 41 appearances and was also part of the squad that eliminated Bayern Munich from the UEFA Cup.

James Maddison from Coventry City for £2.65 Million in 2016 – Maddison's career started with Coventry City, where he played 42 matches before moving on to Norwich. In his first season with The Canaries, Maddison remained mainly unused but started in 44 out of 46 league matches in 2017/2018. During that same campaign, he became the team's top scorer with 15 goals and also provided eight assists. Leicester City was fascinated by the attacking midfielder and bought him for £25 Million in 2018.

Teemu Pukki from Bröndby IF on a free transfer in 2018 – Norwich bargained of the best deals in their history with Pukki joining on a feeless transfer. After short spells with Sevilla, Schalke, and Celtic, Pukki scored 48 times in his last two campaigns with Bröndby. He was released after being unable to reach a contract extension agreement with the Danish side. Norwich were glad to accept him in the club, and Pukki didn’t fail to deliver. He was the main man responsible for winning the Championship in 2019 after finding the net 29 times in league matches.

More Norwich transfer news will surely come our way. Don't forget to read all the current rumours and transfer gossip on our other pages too.