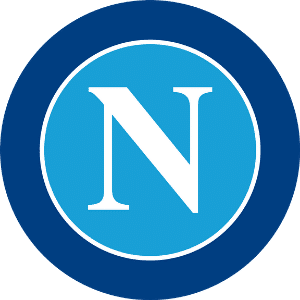 Società Sportiva Calcio Napoli, or simply Napoli, is a professional club from Naples in the Italian region of Campania. Napoli was founded in 1926 and in the early years had very little success. The Partenopei play in the Italian Serie A under Gennaro Gattuso. They won their first Serie A title in 1987 before winning a second three years later with legendary Argentine forward Diego Maradona spearheading the side. Napoli has the fourth biggest fan base in Italy and, since 1959, have played their home games at the 60,240 capacity Stadio San Paolo.

The first-ever major trophy for the club was the Italian Cup won in 1962. Interestingly, Napoli had more success in Coppa Italia than anywhere else – they’ve won this trophy 6 times in their history. Of course, the best years for the club came in the 1980s, after the arrival of Diego Armando Maradona from Barcelona. Led by one of the best players in the history of football, Napoli won their only two Serie A titles to date in 1987 and 1990, as well as their only European trophy, the UEFA Cup in 1889.

Unfortunately, Napoli suffered a serious setback after their glory years and even went bankrupt in 2004. This meant that they had to start again from Serie C but they were back in Serie A by 2007, where they still successfully play today. Their current manager is Gennaro Gattuso, former AC Milan midfielder.

You can stay informed about Napoli and their latest transfer news, gossip and rumours by checking out our website.

Diego Armando Maradona from Barcelona for £6.3m in 1984

When Napoli signed Maradona for £6.3 million in 1984, it was the second time that the Argentinian became the most expensive player in the world. Of course, it certainly paid off for Napoli since Maradona led them to their only two Serie A titles and their only European trophy (UEFA Cup in 1989).

Before 2020, the fee paid for Higuain was the highest that Napoli ever paid. The Argentinian striker was already a big name that played 5 years for Real Madrid and he was particularly efficient in Naples. Higuain scored 71 goals for the team in 104 league games before being sold to Juventus for a record-breaking fee of £81 million in 2016.

Although Zola is a bigger name at Chelsea than Napoli, the Italian striker started off his great career after being discovered by the Naples club. He was brought to the club from a small team called Torres who competed in Serie C and spent four years at Napoli before moving to Parma.

The young Nigerian forward became the most expensive signing in Napoli’s history after they paid £63 million for him in 2020. This also made Osimhen the second-most expensive African player ever behind Arsenal’s Nicolas Pépé.

Cavani first arrived at Napoli in 2010 for a season-long loan with an option to buy, which was exercised a year later. The total fee that Napoli paid for Cavani was a bit over £15 million. The Uruguayan striker had an absolute blast at Napoli, scoring 88 Serie A goals in three seasons with the club. Eventually, Cavani was sold to PSG for £58 million.