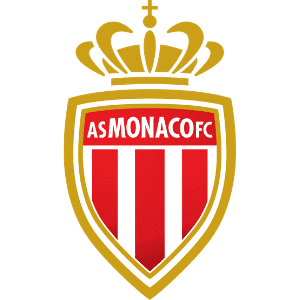 Why Barcelona and Manchester United want Europe’s next great facilitator

Five LaLiga players to watch out for this season

AS Monaco is one of France's historically most feared sides. They've been champions of the country eight times, which ranks them in 3rd place behind Saint-Etienne and Marseille, which share the 1st place, and PSG on 2nd. After a short Ligue 2 spell in 2011 and 2013, Claudio Ranieri promoted the club at the end of the 2013 campaign and almost won the Ligue 1 the next season, ranking the club in 2nd place.

Monaco seems to specialize in supplying European clubs with talent. The Monegasques stay behind so many of several Elite club's stars, and we don't even notice. Footballers like Emmanuel Adebayor, Yaya Toure, Patrice Evra, James Rodríguez, Benjamin Mendy, Bernardo Silva, Fabinho, João Moutinho, Youri Tielemans, Tiemoué Bakayoko, and much more have all come through AS Monaco at a certain point in their careers.

Thierry Henry to Juventus for £12.5 Million in 1999 – Considered as one of the greatest strikers in the history of football, Thierry Henry began his career with Monaco. He earned his arrival to the Monegasques after scoring all six goals in a 6-0 win, which was spectated by a club's scout. He sped up the process of signing Henry. At the time, Arsene Wenger was Monaco's coach – a detail that will change both men's and Arsenal's history in the future. In January 1999, Napoli bought Henry, but after a rough start, both sides agreed to move on with Henry being sold to Arsenal. It was with the Gunnars and former boss Wenger when the Frenchmen really rose to prominence.

Anthony Martial from Olympique Lyon B for £5 Million in 2013 – Martial had just earned his first handful of appearances for Lyon's senior squad when Monaco bought him. During his two seasons at Stade Louis II, he amassed 15 goals and seven assists, which was enough to spark interest in Manchester United. The Red Devils ended up buying Martial for £60 Million in 2015.

Thomas Lemar from SM Caen for £4 Million in 2015 – Coming through Caen's youth academy, Lemar played 32 games for the senior squad before moving on to Monaco. With the Monegasques, he rose to prominence, attracting a tremendous amount of interest. In 2017 speculation about his exit surrounded Lemar naming bids from Arsenal and Liverpool worth up to £100 Million. An agreement wasn't reached, and the midfielder remained for another season. In 2018 he was sold to Atletico Madrid for £72 Million, and he has ever since been a critical figure in the Atleti’s squad.

Kylian Mbappe to PSG for £144 Million in 2018 – Mbappe has to be the player that Monaco's most proud of as he is a product of their academy. The 21-year-old is set for greatness and may even become the most successful footballer in history. PSG made a smart move believing in and buying the youngster. In his two seasons in Paris so far, Mbappe has scored 75 goals in 88 appearances.