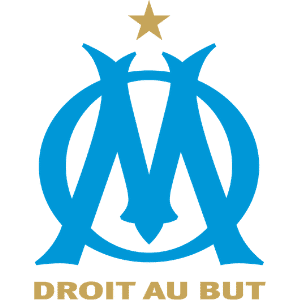 Olympique de Marseille is one of the best clubs in the history of French football. OM is standing second behind PSG in the domestic titles ranking with 25 totals domestic triumphs.  Winning the domestic league a total of 10 times and the Coupe de France an additional ten times, the team has flawless statistics. The last time that Marseille triumphed in Ligue 1 was in 2010, but ever since, their rivals PSG have been reigning supreme. However, they are the only French side to have won the Champions League up to this day. PSG was close to doubling this feat but got defeated by Bayern Munich in the 2019/2020 CL final.

William Gallas from SM Caen on a free transfer in 1997 – The defender that ended up being a prominent Premier League figure started his career in his homeland, playing for several youth teams. Gallas made his senior debut in 1995 with SM Caen while the club was still in Ligue 2. In his first season, he contributed to winning promotion to the top-flight. He never managed to become a regular starter with Caen but picked up Marseille's interest, who signed him in 1997. It took him some time to settle at first, and after four seasons and over 100 appearances, he made his move to England, where he played for the majority of his career. Chelsea spent £9 Million for him in 2001, and he later played for Arsenal and Spurs.

Didier Drogba from Guingamp for £6 Million in 2003 – Drogba played for Levallois and Le Mans before Guingamp bought him for just £100,000 in 2002. He would be worth close to £40 Million only two years later. In 2003 after Drogba netted 17 times in 34 league games for Guingamp, Marseille bought him for £6 Million. He improved his record and scored 19 goals in 35 league games before Jose Mourinho convinced Roman Abramovich to splash the cash and pay £38.5 Million for him. With this deal, Drogba became the most expensive Ivorian player ever and went on to become a Chelsea legend. During his time at Stamford Bridge, he became English champion on four occasions, won the FA Cup 4 times, and the Champions League once amongst a long list of individual honors.

Franck Ribéry from Galatasaray on a free transfer in 2005 – At Galatasary, Ribéry had spent just half a year before leaving the club with three years remaining on his contract after a controversial dispute in which FIFA had to intervene. Ribéry’s return to France with Marseille was given the green light, which meant that the French club acquired the winger for no money. He played for two years wearing OM's kit, and during that time, he made 15 assists and scored 11 goals in 60 league matches. Ribéry’s stats earned him a move to the German colossus Bayern Munich where he spent the following 12 years. The Bavarians paid £30 Million for the services of the Frenchmen, a sum that was pure income for Marseille.

Three potential replacements for Leroy Sané if he leaves for Bayern

Why Saints starmaker is wanted by Premier League’s elite

Drama-magnet Rabiot not the player for Solskjær’s rebuild

Why Ndombélé can be Tottenham’s game-changing transfer

The 7 worst signings of the 2018/19 Premier League season

How Batsman has reinvigorated Palace and unburdened Zaha