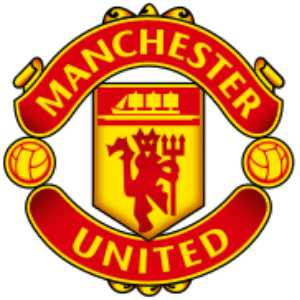 Manchester United FC are a football team that play in the English Premier League, and are one of only six sides to have competed in every season of the competition since it was formed, having been one of the founding member clubs. They were founded in 1878 as Newton Heath LYR FC and did not become Manchester United until 1902. They have played their home games at Old Trafford in Manchester since 1910, with Manchester City and Liverpool considered to be their biggest rivals. United are currently managed by Ole Gunnar Solskjær. United are one of the most successful clubs in English football with more Premier League wins than anyone else.

Manchester United Football Club is one of the most successful and most popular football clubs in the world. The club was founded in 1878 as Newton Heath LYR Football Club before changing the name to Manchester United in 1902. In 1910, the club moved to Old Trafford stadium and they have been playing in the popular “Theatre of Dreams” ever since.

The Red Devils, which is the nickname of the club, are the most decorated club in English football, with a record of 20 league titles (one more than Liverpool), 12 FA Cups and 5 League Cups. The club has also won 3 European Cup/Champions League titles and one UEFA Europa League title, among other trophies. Additionally, Manchester United was the first club to win the European Cup in 1968, under the management of Matt Busby.

However, the majority of trophies for the club came after the foundation of the Premier League and during 26 years under the guidance of the legendary manager Sir Alex Ferguson. In fact, the team has failed to win a domestic title since his retirement in 2013. The current manager of the team is one of the club’s legends, Norwegian Ole Gunnar Solskjær.

It’s hard to pinpoint exactly what made Manchester United the force that it was in Premier League, apart from the obvious managerial brilliance of Sir Alex Ferguson. However, many pundits would agree that signing Cantona was the thing that lit the United’s fire. The French forward played five seasons for Red Devils and only failed once to win a title with them.

Cristiano Ronaldo from Sporting for £12m in 2003

Widely regarded as one of the best players in the history of the game, Cristiano Ronaldo was an 18-year old youngster when he was brought to Manchester. Playing mostly as a winger, Ronaldo scored 84 league goals in his six years at the club before being sold to Real Madrid for a record-breaking fee of £80 million.

A good goalkeeper is the backbone of any team and Schmeichel was a type of keeper that could provide security and leadership to any team. The Danish keeper came to Manchester United for a humble fee, even for 1991 standards, and he remained at the club for 8 years.

Nemanja Vidić from Spartak Moscow for £7m in 2005

Paired with Rio Ferdinand, the Serbian central defender posed an insurmountable shield in front of the goal but many strikers would agree that Vidić was the better defender of the two and, in his peak years, the best defender in the world. Nicknamed Serbian Terminator by the fans, Vidić was with the club for eight years, for some of which he was the captain as well.

Despite coming to the club as a teenager, Paul Pogba is still the most expensive transfer for Manchester United to date. His career at the club was short-lived before he was let go and allowed to sign for Juventus. But after just three seasons in Italy, United paid £90 million to get him back in 2016.