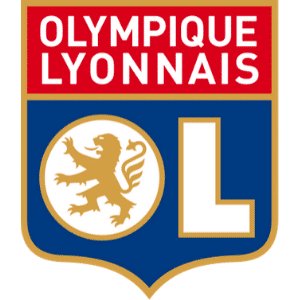 How will Leicester City find their next Jamie Vardy?

Why Lautaro Martínez is perfect for Real Madrid

Lyon gem Aouar can be stepping stone in Silva succession

Established in 1950, seven times Ligue 1 champions Olympique Lyon is one of France's most honored and feared sides.  The beginning of the century is when they won the league seven consecutive times between 2001 and 2008. This run marked the end of an era but saw the beginning of another one. In the past, there has never been such a dominating performance in the French top flight.

However, after Lyon's started dwindling, a new star was up on the horizon – PSG. Parisians have won 7 titles for themselves since the last time Lyon was champion. PSG's dominance continued to reign up to this day, with only Monaco, managed to steal the title once, thus making the streak not consecutive.

Mahamadou Diarra from Vitesse for £3.9 Million in 2002 – Already proven himself with Vitesse, Diarra instantly received a regular spot in the squad. He played 170 matches during his time with Lyon and became French champion and won the Trophée des Champions in all four of the seasons spent with The Kids. In 2006 Diarra became one of the primary transfer targets of Real Madrid. At first, Lyonnais weren't keen on letting him go and put a £40 Million price tag on him, but later a £26 Million deal was agreed upon

Florent Malouda from Guingamp for £4 Million in 2003 – Malouda started his professional career with LB Châteauroux before joining Guingamp in 2000. Here he met and linked up with Didier Drogba, with whom he would later play once again in Chelsea. From 2003 to 2007, he contributed to winning Ligue 1 with Lyon in each of those seasons. In 2007 Malouda made his desire to leave The Kids public during interviews, which put an end to the gossip. The same year he did go on and joined Chelsea for £19 Million.

Michael Essien from SC Bastia for £7.8 Million in 2003 – A bold transfer on Lyon's behalf, which definitely paid off in the end. Essien was 21-years-old and had just become a regular starter in his first professional team, and no one could've known if he will live up to the expectations. He actually joined The Kids after scoring in a surprising 2-0 victory against them. He finalized his move to Lyon but not after prolonged transfer rumors and speculations. PSG and Marseille were also interested, but Essien chose OL. Just two years later, in 2005, he was sold to Chelsea for £38 Million – a tremendous amount for the time.

Karim Benzema to Real Madrid for £35 Million in 2009 – A Product of Lyonnais' own youth academy Benzema spent five years with the club before moving on to the La Liga giants Real Madrid. The striker needed three years with the senior squad before becoming a regular starter, which he did in 2007. That same season he also had one of his best goal-scoring tallies finding the net 31 times – an achievement that he only once managed to improve in the future. By that time, Real Madrid had spotted the Frenchmen and bought him in 2009 for a considerable amount.