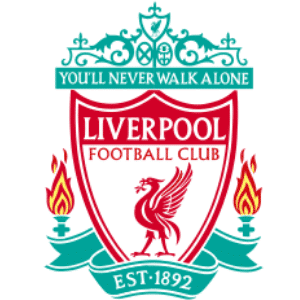 Liverpool FC are a football team that play in the English Premier League. Nicknamed the Reds, they play their games at Anfield, with fellow Merseyside club Everton and Manchester United considered their biggest rivals. Jürgen Klopp is their current manager. Liverpool have taken part in every Premier League season since its foundation in 1992 — one of only six teams to have done so — and are one of the most successful clubs in British history, winning more European Cups/Champions Leagues than any other side.

Liverpool Football Club is one of the most-decorated professional clubs in England. The club is based in Liverpool, a city also known as the hometown of Beatles. Liverpool FC was founded in 1892 and from the very start they’ve been playing at the Anfield stadium.

The club established themselves as a major force in the 1970s and, in their longstanding history, Liverpool won 19 top-flight titles. The last title was finally won in 2020, after a long drought that lasted for 30 years. Liverpool also has six European Cups, which is the record for English clubs. Additionally, their trophy room includes 7 FA Cups, 8 League Cups, 3 UEFA Cups and one FIFA Club World Cup, among other minor trophies.

Today, Liverpool is one of the most popular and highest-earning clubs in the world, valued at more than £2 billion. Their anthem “You’ll Never Walk Alone” is well-known around the world. The current manager of Liverpool FC is Jürgen Klopp, a German prodigy who managed to win the elusive 19th title for the club after three decades.

If you are a Liverpool fan, our website is home to all Liverpool transfer news, as well as other current transfer rumours and gossip.

When Liverpool paid £75 million for Virgil van Dijk in 2017, it was the most expensive transfer for a defender in the world. But despite this huge fee, the Dutch proved to be worth every single pound. He consolidated Liverpool’s defence, leading them to their first Premier League title and to their 7th Champions League win in 2019.

Fernando Torres from Atlético Madrid for £20m in 2007

Getting Fernando Torres was not an easy feat for Liverpool and it cost them around £20 million, in addition to sending Luis García to Madrid. At that moment, it was the highest fee that club ever paid and Torres quickly became fan favourite at Anfield, until his disappointing departure in 2011 when he left for Chelsea in another record transfer fee of around £50 million.

Even though his Liverpool career was marred by racial and biting incidents, the Uruguayan striker is one of the best scorers in the recent history of the club. Luis Suárez netted 69 league goals during his three years at Liverpool, before eventually moving to Barcelona for a fee of around £65 million.

After spending a year on loan in Espanyol and struggling to get into the first team at Inter, Coutinho was bought by Liverpool for £8.5 million in 2013. The Brazilian winger spent 5 successful years at Anfield before he was sold to Barcelona for a record-breaking transfer fee of £105 million. This transfer included various add-ons, which made the total fee grow to around £130 million in the end.

The Egyptian winger was brought to Roma from Chelsea after he failed to prove himself at Stamford Bridge. However, Liverpool decided to give him another chance in the Premier League and he repaid that trust by becoming one of the world’s best players and a vital piece in their run to become champions of England after 30 years.