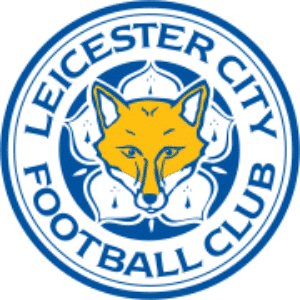 Leicester City FC, also known as the Foxes, are a English Premier League football team that play at the King Power Stadium. Despite only narrowly avoiding relegation at the end of the 2014/15 season, Leicester City won the English top flight for the first time in 2015/16 when they were crowned Premier League champions, which also saw them qualify for the Champions League for the first time. They are currently managed by Brendan Rodgers.

Leicester City Football Club is a professional team from Leicester in the East Midlands. It was founded in 1884 as Leicester Fosse but adopted their current name in 1919 after moving to another stadium. In 2002, they moved to the Walkers Stadium, which was then renamed the King Power Stadium in 2011.

This club became globally known after their surprising Premier League title run in 2015/2016. The extent of this feat was barely unseen before in professional football since Leicester barely avoided relegation in the season prior to their win. It was the first title in the top flight in the club’s history and the first-ever league title for their manager Claudio Ranieri, who never won a domestic title before despite managing teams like Juventus, Roma, Valencia, Chelsea, Atlético Madrid, etc.

In addition to this surprising win, Leicester City also has three League Cup wins and a few FA Cup finals, although they never won it. The current Leicester manager is Brandon Rodgers.

Go to our website to read the newest transfer rumours and gossip and find out all the latest Leicester transfer news.

Jamie Vardy from Fleetwood Town for £1m in 2012

In what is in retrospect perhaps the best transfer in the history of English football, Jamie Vardy was bought from Fleetwood Town for £1 million, a record-breaking transfer for a non-league player. However, Vardy became an undisputed legend at the club, leading the team to its only Premier League win in 2016 and scoring 131 league goals for Leicester City.

The Belgian central midfielder came to Leicester City in January of 2019 on a loan but his move was made permanent in summer after he proved his talent at the King Power Stadium.  The reported transfer fee of £40 is the highest ever transfer fee paid by Leicester.

Despite spending just one season at Leicester City, the tireless defensive midfielder is considered to be a club legend. After coming to the club for a reported fee of around £8 million, Kanté immediately left an impact and become one of the most important pieces of the club’s title run in 2015/2016 season. However, he left the team the next season after Chelsea triggered his transfer clause of £32 million.

Harry Maguire spent just two years at Leicester City after arriving from Hull in 2017 but he built a reputation as the most promising English central defender. This led to interest from Manchester United, who paid £80 million for Maguire in 2019, making him the most expensive defender in the history of football.

In another brilliant piece of business, Leicester City bought the Algerian winger from Le Havre, a small team competing in the second-tier league in France. They paid just £400,000 for Mahrez, who become a world-class player and a crucial part of their title-winning team. In 2018, Mahrez was sold to Manchester City for a fee of £60 million, making him the most expensive African player in history.