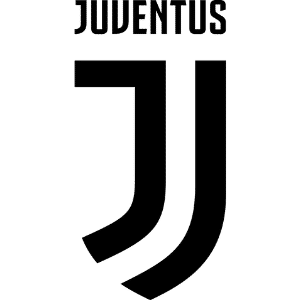 Juventus are an Italian football club from Turin, founded in 1897 by some Torinese students. Originally an athletics club called Sport-Club Juventus, they changed to Football Club Juventus in 1900. Juventus are currently managed by Maurizio Sarri and play in the Italian Serie A, ‘The Old Lady’ are now considered one of Europe’s elite sides and are Italy’s most successful team of the 20th century. In 2011 they moved to the newly-constructed Juventus Stadium, leaving the Stadio delle Alpi which had been their home since it was built in time for the 1990 World Cup.

The Old Lady, as the club is nicknamed, holds an absolute record in Italy when it comes to domestic titles. They have been Italian champions 36 times and they’ve dominated Serie A in the last 10 years, winning 9 consecutive titles since 2011. Juventus also has 13 Italian Cup wins but their domestic success wasn’t replicated in Europe. Although Juve played in 9 European Cup/Champions League finals, they’ve only won two of them in 1985 and 1996. However, they also have three UEFA Cup wins.

Juventus played in the top-flight of Italian football for since its debut in 1900, spending only one season in Serie B in 2006/2007 after being convicted of match fixing in the infamous Calciopoli Scandal and stripped of their 2004 and 2005 titles. The current manager of Juventus is the legendary Italian midfielder Andrea Pirlo.

Stay up to date with Juventus gossip, rumours and transfer news at our website.

Although Juventus paid a lot of money to bring Buffon to the club, even the most optimistic fans could have imagined what kind of impact the goalkeeper would have for the team. Buffon spent 17 seasons at Juventus before moving to PSG in 2018 and then coming back to Juve a year later. He won 10 Serie A titles with Juventus but he never won Champions League despite appearing in three finals.

The French striker arrived at the club for a fee of £21 million but the transfer certainly paid off for Juventus since Trezeguet ended up spending 10 seasons at the club. He even stayed at the club during their stint in Serie B. During this time, Trezeguet scored 138 league goals and won two Serie A titles with Juventus.

After breaking the transfer record when he signed for Real Madrid, Cristiano Ronaldo became the most expensive signing ever in Italian football when Juventus paid £105 million for him in 2018. At the time, he was already 33 years old. Unsurprisingly, his first two seasons with Juventus were very successful – Ronaldo scored 52 league goals and led Juventus to two Serie A titles.

When Nedved arrived at Juventus from Lazio, he was supposed to replace Zidane as the team’s playmaker after his departure to Real Madrid. While those were obviously big shoes to fill, Nedved managed to exceed expectations. He spent 8 years at Juventus and eventually retired at the club.

While £3.5 million was not a cheap transfer in 1996, it was still a modest fee for Zidane since he was 24 years old and proven in the French league. However, Juventus got one of the best players of all time for this fee. After five years with the club, Zidane was sold to Real Madrid for a record-breaking sum of around £70 million.