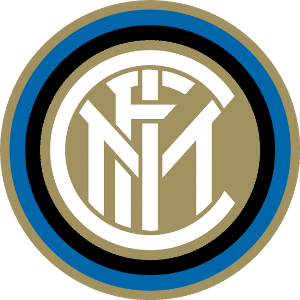 Could forgotten man Pato be ready for a European renaissance?

Why Lautaro Martínez is perfect for Real Madrid

How the quiet Arteta revolution began to make noise at Arsenal

Why Cédric signing is a shrewd piece of business by Arsenal

The wait is over: Lo Celso is Tottenham’s long-awaited Dembélé heir

Who should Aston Villa sign to fire them to safety?

Timing perfect for Neymar heir Gabigol to return to Europe

Internazionale are an Italian football team based in Milan, otherwise known as Inter Milan, formed in 1908. The club has played in the top tier of Italian football since its debut in 1909. Inter play their home games in the biggest stadium in Italy, the San Siro, which they share with rivals AC Milan. The team are currently managed by and play in the Italian Serie A. Between 2006 and 2010 Inter won five successive league titles, equaling the all-time record. In 2010 they did the treble, winning Serie A, the Champions League and Coppa Italia under José Mourinho.

Football Club Internazionale Milano, usually referred to as Internazionale or just Inter, is a professional Italian club from Milan in the region of Lombardy. The club was founded in 1908 and it is the only Italian team that was never relegated from the top flight. Inter Milan plays its games at San Siro, officially named Stadio Giuseppe Meazza, the largest stadium in Italy with the 80,000 capacity. Inter shares its stadium with city rivals AC Milan, another giant of Italian football.

Another thing that Inter shares with their city rivals is the number of top-flight titles since both teams have been champions of Italy 18 times. Inter also won Coppa Italia 7 times and they have been champions of Europe three times – two consecutive titles in 1964 and 1965 and one in 2010 under Jose Mourinho. Inter Milan also has three UEFA Cups and a slew of other less important trophies.

That being said, it’s been a while since Nerazzurri have won the league since their last Serie A title came in 2010. Their current manager is Antonio Conte, a man with experience in this matter since he won the league three times with Juventus.

If you are keen on keeping up with Inter Milan transfer news, rumours and gossip, our website has all the latest information for you.

The highest fee that Inter ever paid was for Romelo Lukaku in 2019. The hefty price of £66.5 million paid to Manchester United seems justified so far since Lukaku has been playing really well in Serie A. He scored 28 goals in his first 40 games for Inter and helped Inter reach the Europa League final and finish 2nd in Serie A in his first season.

The Argentinian striker didn’t come cheap but his signing was probably one of the best in the history of the club. Milito was a crucial part of Inter’s famous treble in his first season with the club – he scored 22 goals in Serie A that season and scored both goals against Bayern in the Champions League final. Milito spent 5 years at the club, scoring 62 goals in the league during that time.

Christian Vieri is still the second-most expensive Inter signing, even though he was acquired all the way back in 1999. He is also an absolute fan favourite since he managed to score 103 league goals during his five years with the club. Unfortunately, he only won a single Coppa Italia with Inter.

When Inter activated his buyout clause for £25 million, it meant that Ronaldo broke the world transfer record for the second time in his career. Unfortunately for him and Inter, his five years at the club were diminished by serious injuries. He only played in 68 league games for Inter but scored an impressive 49 goals.

Many fans would agree that Javier Zanetti was the best player to wear Inter’s jersey. Seen as the perfect leader and captain, the Argentinian spent 19 seasons at the club and played in 858 games in all competitions. He won 5 Serie A titles, 4 Italian Cups, one Champions League and one UEFA Cup with Inter.