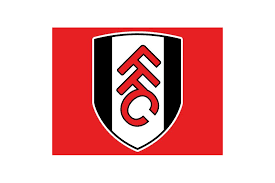 Fulham Football Club is one of a few West London clubs that played in the Premier League, along with Chelsea and Queens Park Rangers. This football club was founded all the way back in 1879 and they are the oldest London club that plays professional football.

However, this long history didn’t exactly translate into many successful years for Fulham since the club has spent most of its time competing in the lower leagues. Still, they managed to reach two major finals in their history – the FA Cup Final in 1975 when they lost to Arsenal and the UEFA Europa League Final in 2010 when they lost to Atlético Madrid after extra time.

Fulham has been in and out of the Premier League since its foundation, earning the latest promotion in 2019/2020 season. Their current manager is Scott Parker. Fulham FC plays games at Craven Cottage since 1896.

If you are interested in Fulham transfer news, you can find the latest rumours and gossip by coming to our website.

In a shocking move from Juventus to the newly-promoted Fulham, the Dutch goalkeeper brought his career back to life after spending most of his time on the bench behind Buffon. Van der Sar spent four seasons at Fulham and ultimately moved on to Manchester United in 2005, for a reported fee of around £2 million.

Aleksandar Mitrović from Newcastle United for £22m in 2018

The Serbian striker came to Fulham on a loan in the winter transfer window in 2018 but he quickly found his place and become the team’s top goalscorer, helping them earn promotion to the Premier League. His move was made permanent in the summer for a fee of around £22 and he’s been with the club ever since, scoring a total of 51 league goals in Championship and Premier League.

Marlet was a French striker and one of the biggest transfer flops for Fulham in history. He was bought for a then-record fee of £13 million in 2001 but he only spent three years at the club and scored just 11 goals in the process before being sold to Olympique Marseille in 2005 for a fee of around £3 million.

After earning promotion to Premier League in 2018, Fulham splashed the cash for the central midfielder in what is still the record transfer for the team. However, Seri didn’t really justify the spending since Fulham was promptly relegated back to Championship and Seri was let on loan to Galatasaray in 2019, He came back to the club in 2020 but he is mostly spending his time on the bench.

Steed Malbranque from Olympique Lyon for £4.5m in 2001

In what proved to be one of the best transfers for Fulham ever, the Belgian midfielder was bought from Lyon for £4.5 million in 2001. Malbranque spent 5 years at the club and become a fan favourite during that time. He was eventually sold to Tottenham for a fee of £2 million.