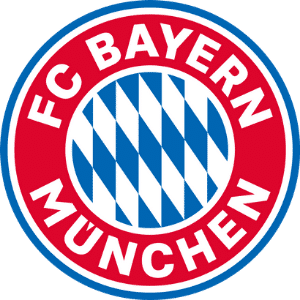 Who should Lampard cull in Chelsea’s big summer clear-out?

January deal for Werner would be win-win for Chelsea

Top clubs should still be keen on Kai Havertz

How Sancho went from ‘not good enough’ to top-tier forward

Everton have got lucky in landing trophy hunter Ancelotti

Another unloved Real Madrid No.10 not the answer for Arsenal

Bayern Munich are a German Football team based in Munich. They were founded in 1900 by members of a gymnastics club. Since the beginning of the 2005/2006 season, Bayern have played their home games at the Allianz Arena. The Bavarian club had its greatest period of success in the 1970s, winning three European Cups in a row under the captaincy of Franz Beckenbauer. The club is now managed by and plays in the German Bundesliga.

The last eight years have marked Bayern Munich's total and uncontested dominance in German football. Sinch getting the treble (Domestic league, Domestic Cup, and Champions League) in 2012, the team has won the Bundesliga in all of the following editions. The 2019/2020 saw them once again win the CL final vs. Paris Saint Germain, the DFB Pokal, and the league. Dominating in Germany, they are also a feared side in all of Europe. Hans Flick has built an incredibly solid and consistent team that seems exceptionally hard to stop. Bayern Munich is undoubtedly one of the world's historically greatest football clubs.

Franck Ribery from Marseille for €25 Million in 2007 – This transfer was record braking for Bayer, as the club had never spent more on a player. Ribery became an integral part of the lineup for the following 12 years, setting the record for the most Bundesliga titles won by a foreign player – 9. During his years at Allianz Arena, Bayern has received offers nearing the €100 Million region for Ribery's services, but both the club and the player didn't want to part ways.

Arjen Robben from Real Madrid for €25 Million in 2009 – The Dutch is one of the most prolific names to have played in Bayern. He has contributed immensely to the dominating form in which the Bavarians have been in the recent decade. During his 309 games wearing Munich's kit, Robben managed to score 144 goals and further assist 101 times – statistics that can rarely be seen. Nearing the end of his career, he decided to return to one of his former youth clubs – Groeningen. The transfer was a feeless one, but it's safe to say that he has been worth the €25 Million that Bayern spent on him.

Manuel Neuer from Schalke 04 for €30 Million in 2011 – Neuer is often regarded as the greatest German goalkeeper and one of the best in the sport's history. But is it all gossip? With his entertaining bold style of play and excellent goalkeeping ability, it was no surprise that he left Schalke for a bigger club. He has amassed over 250 appearances for Bayern Munich, and over 400 total Bundesliga starts. Ever since joining Bayern, he has been the main man between the sticks and has been honored with over 20 titles, including a World Cup with Germany. At 34, Neuer will probably play out the remaining part of his career at the Allianz arena before hanging the boots.

Robert Lewandowski from Borussia Dortmund on a free transfer in 2014 – This has to be Bayern Munich's greatest ever signing. Since joining the Polish goal-scoring machine has netted the whooping 172 goals in 195 appearances for Munich. He has a further 63 goals for Poland, making him the all-time greatest scorer for the Polish International team. He has been a prominent figure in the Bavarian's attack averaging around 30 league goals per campaign. Even at 32 years, he doesn't seem to be slowing down. And Bayern didn’t spend a single euro for all of this – quite the transfer news!