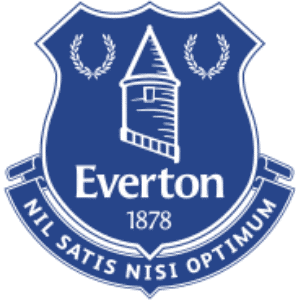 Everton FC are a football team that currently play in the English Premier League. They're based in Liverpool, with Liverpool FC their biggest rivals. They play their home games at Goodison Park, are nicknamed the Toffees and are currently managed by Carlo Ancelotti. Everton are one of only six clubs to have competed in every Premier League season so far, although they were close to relegation in 1994 and 1997, finishing just two points outside the relegation zone.

They have a rich history that dates back to their foundation in 1878. In fact, Everton was one of the founding members of the English Football League in 1888. Since then, Everton competed in the top flight of the English football for a record-breaking 117 seasons, only missing four of them in the process.

The Blues have also never been relegated from the Premier League since its foundation, although they still wait for their first title in the competition. To date, Everton has won 9 domestic league titles, which puts them in the 4th place in the all-time list of champions, in front of teams that have been successful lately like Chelsea and Manchester City.

The club has also won one FA Cup and one European Cup Winners’ Cup so far. Everton played its games at the Anfield stadium until 1892, just like their town rivals Liverpool. After that, Everton moved to Goodison Park where they still play even today. Their current manager is the legendary Italian Carlo Ancelotti.

You can read about the Everton transfer news, gossip and rumours on our website.

After failing to prove himself at Chelsea, Lukaku was bought by Everton for a then-record transfer fee of £28 million. He was first tested by coming on loan for a season, but this proved to be a brilliant move since the Belgian striker continued his great form after signing for the club permanently. After four seasons and 68 league goals, Lukaku moved to Manchester United for a fee of around £75 million.

The French left-back joined Everton after spending two years at Barcelona, where he played sporadically and collected 29 games in the league. However, his Everton career was completely different – he is an indispensable member of the first team, missing only 6 games in the Premier League in his first two seasons at the club.

Mikel Arteta from Real Sociedad for £2m in 2005

Mikel Arteta arrived at Everton on a loan but the move was quickly made permanent for a fee of just £2 million. The creative central midfielder spent seven years at the club, becoming the focal point of Everton’s offence as their main playmaker. He joined Arsenal in 2011 for a fee of £10 million.

Getting one of the club’s best goalscorers for just £1.5 million is certainly one of the biggest steals in Everton’s transfer history. The Australian forward became the top goalscorer in his first season and he bagged 56 league goals in his career with the Toffees.

Gylfi Sigurdsson from Swansea City for £40m in 2017

Splashing £40 million for Icelandic midfielder in 2017 proved to be a good move for Everton since Gylfi quickly became an important part of the first team at Goodison Park. So far, he has played in 108 league games for the team. This is still the highest fee that Everton ever paid for a player.