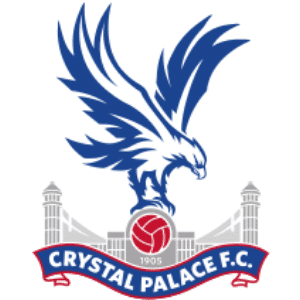 Crystal Palace are a London-based football team that currently play in the English Premier League. Nicknamed the Eagles, they are currently managed by Roy Hodgson. They play their games at Selhurst Park, and have done so since 1924, but up to that point they had previously played at the Crystal Palace Exhibition building — which was also the FA Cup final venue — the Herne Hill Velodrome and the Nest. They shared the ground with Wimbledon from 1991 until 2003 before the Dons relocated to Milton Keynes. Palace turn out for home games in a red and blue kit. The Eagles were one of the 22 founding clubs of the Premier League. The Crystal Palace fans consider Brighton & Hove Albion, Millwall and Charlton Athletic to be their main rivals.

Crystal Palace was one of the clubs that founded the Premier League in 1992 and they’ve played in the competition until 1998. The club struggled in lower leagues, suffering from financial difficulties as well. However, they managed to survive the ordeal and get back to the Premier League in 2013, where they still play with average success.

Despite their long history, Crystal Palace never won the English league. Their biggest success was finishing 3rd in 1990/1991 season. However, they did play in a couple of FA Cup finals, most recently in 2015/2016 season when they lost to Manchester United. Crystal Palace plays its matches at Selhurst Park and their current manager is Roy Hodgson.

Visit our website for the latest  Crystal Palace transfer rumours and gossip and stay up to date with all of their transfer news.

Christian Benteke from Liverpool for £28m in 2016

The most expensive signing in Crystal Palace history didn’t really prove to be the most successful one. After showing his potential at Aston Villa, the Belgian striker moved to Liverpool where he only spent one year before joining Crystal Palace for a record £28 million fee. He played well the first season but he’s been mostly coming off the bench ever since. Benteke scored just 6 goals in Premier League in the previous three seasons for Palace.

Serbian defensive midfielder proved to be a nice piece of business for Crystal Palace. Since arriving to the club from Greek giants Olympiacos in 2016, Milivojević quickly cemented his place in the starting lineup and even became the captain of the club. Known for his precision from the spot line, he was even the team’s top goalscorer one season, mostly thanks to goals from penalties.

Wilfried Zaha from Manchester United for £3m in 2014

Although Zaha was a product of Crystal Palace football academy, he found his way on his list because he was sold to Manchester United in 2013 for £10 million before getting bought back for £3 million in 2014 after already playing two seasons for Palace on loan.

Another expensive arrival from Liverpool, the French central defender proved to be a bit more successful than Benteke. So far, Sakho has played 72 games in the Premier League for Crystal Palace, although his spot is not as safe as it was when he first came to the club.

Eberechi Eze from Queens Park Rangers for £16m in 2020

Crystal Palace spent a hefty fee for a youngster from Championship but Eze’s potential may prove to be even greater his £16 million fee. The young striker/winger is slowly getting introduced to Crystal Palace but he has already shown some of his talents on the bigger stage.