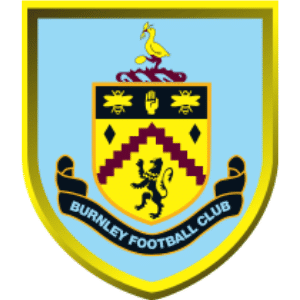 The club plays its home games at Turf Moor, which they have done since 1883. This makes Turf Moor the second oldest stadium in English professional football that was used continuously. Burnley is nicknamed “the Clarets”, due to their dominant home-kit colour. Their current emblem is formed after the town’s coat of arms.

Burnley has a rich history but only a few major trophies. They have been champions of England twice, in 1921 and 1960. They have also won the FA Cup once, in 1914. After a prolonged period in lower leagues and a near demotion to non-league football in 1987, Burnley has consolidated and they have been a member of Premier League since 2016-2017 season. Their current manager is Sean Dyche, who has been at the club since 2012.

You can find all information about Burnley transfer news, as well as ongoing rumours and gossip, right here on our website.

Michael Keane from Manchester United for £2.3m in 2015

After spending half a season at Burnley on a loan from Manchester United, the central defender was signed permanently for a fee of around £2.3 million. Keane remained at Burnley for two successful seasons before he was sold to Everton in 2017 for £25 million, thus proving to be a smart piece of business by the club.

Since his arrival from Leeds in 2017, Chris Wood has been an integral part of the Burnley team. The forward from New Zealand is one game away from playing 100 games in the Premier League for the club, while scoring 35 goals in the process. Despite being one of the most expensive signings in Burnley’s history, it is safe to say that it was a great transfer for them.

Another permanent member of Burnley’s first team, the English midfielder was signed for a relatively modest fee of around £5 million. And while he is entering the later stages of his career, he is still an irreplaceable member of the squad at Turf Moor.

Tarkowski was born in Manchester and was always the fan of Manchester United but he never played for his favourite team, not even in youth ranks. However, he has proven his worth at Burnley and even earned England call-up, so his dream of playing for Red Devils may still become a reality. One thing is for certain – if he ever leaves Burnley, it will be for a large fee.

Unfortunately for Burnley, their record-breaking signing did not turn out to be one of their best. Ben Gibson arrived at Turf Moor for a hefty fee but he only played one game in the Premier League for Burnley before being loaned out. His career at the club is not over yet but it doesn’t look promising.