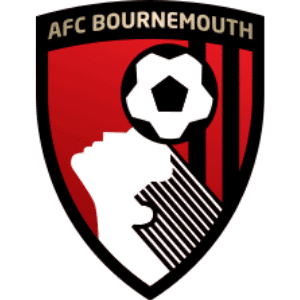 Association Football Club Bournemouth was initially known as Boscombe, named after the place where the club was established in 1899. Despite being over 120 years old, it was only in this century that the side managed a promotion to England's top flight. Manager Eddie Howe has seen almost everything during his time as coach of the club. He won promotion to League One in 2009, and later in 2013, he once again promoted his squad, this time to the Championship. It took him two more years to win the 2nd tier of English football and join the Premier League in what has to be the greatest ever managerial run in Bournemouth's history. Eddie Howe is the man responsible for the new heights reached. He led the squad through five Premier League seasons before the club was relegated in the last campaign.

Harry Arter from Woking FC for £140,000 in 2010 – Harry Arter has been a key feature in Bournemouth's squad. With over 250 appearances and eight campaigns with The Cherries, he can be considered a club veteran. He has recently been sold to Nottingham Forest for £5.50 Million. But it wasn't the nearly 40 times increase in the amount spent on Arter that made this transfer so valuable. The Midfielder played a significant role in the uprising of Bournemouth, being a regular starter during the promotion-winning campaigns.

Matt Ritchie from Swindon Town for £470,000 in 2013 – After being sold to Newcastle United for £12 Million, Matt Ritchie is another player that generated tremendous income for The Cherries. During his time at Dean Court, he made a huge impact, especially in the club's historically crucial 2014-2015 season, scoring 15 goals and providing 17 assists.

Callum Wilson from Coventry City for £3.7 Million in 2014 – Before joining The Cherries, Callum Wilson impressed throughout his last season for Coventry, scoring 21 goals. He arrived at Bournemouth in the club's pivotal season and didn't waste any time before he got to scoring. He netted in 2 on his debut in a 4-0 victory over Huddersfield Town. He finished the Championship-winning season with 20 league goals being the club's top scorer and also the only man to score in all three domestic competitions. Halted by injuries, he was off to a low start in the Premier League, making a total of 33 appearances in Bournemouth's first two PL campaigns ever. Wilson later regained his form and returned to scoring. He was bought by Newcastle United for £22.5 Million in 2020, after leaving a profound mark on The Cherries' history.

Nathan Ake from Chelsea for £22.8 Million in 2017 – Being brought up by Chelsea's academy, Ake's play style has been compared to the Blues' legend Ruud Gullit. The fee was reasonable and the move didn't spash the transfer news that much. But it was definitely a good transaction for Bornemouth. The versatile defender was the heart of Bournemouth's defense during the club's time in the Premier League. During his three years at Dean Court, he has made 111 outings leaving an excellent impression. However, the squad's efforts weren't enough to keep the team in the Premier League. Upon the 2020 demotion, Ake was bought by Manchester City for £45.3 Million, setting the club's record for the most expensive player.