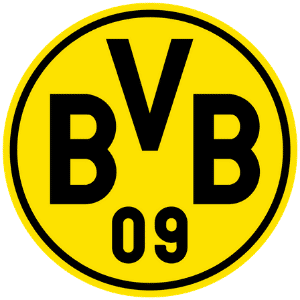 Borussia Dortmund, frequently referred to as BVB, is considered the team with the highest possible chances of ending Bayern Munich's dominating reign in the Bundesliga. They rose to prominence under the aspiring Jurgen Klopp but are yet to earn an impressive amount of trophies since his departure. In fact, they've only managed to win the DFB Pokal once and the last edition of the DFL-Supercup. However, these two successes remain in the shadow as the big event that everyone is waiting for is the end of Bayern's Bundesliga win streak. The team from Munich has consecutively won the last eight seasons.

During the years, BVB has been building their dream team in the hopes to dethrone their rivals. It's quite challenging, though, as they often see their biggest talents get picked up by other clubs. Wonderkid Erling Haaland is Dortmund's gem – the most promising young player in Europe right now, and he is to stay with the club.

Robert Lewandowski from Lech Poznan for €4.75 Million in 2010 – Probably the greatest striker to ever play in the German top-flight. Lewandowski's Bundesliga journey got its start with Borussia Dortmund. BVB was quick to get a hold of the Polish's signature after spending just two years in Poland's Ekstraklasa. He took a year to settle but quickly racked up his goal-scoring pace. In 2014 Lewandovski became joined Borussia’s bitter rivals Bayern Munich on a free transfer. Although Dortmund didn’t get a single euro from the valued at €50 Million striker, the €4.75 Million spent was well worth the over 100 goals he provided. It's the type of transfer news everyone likes to see.

Pierre-Emerick Aubameyang from Saint-Étienne for €13 Million in 2012 – Aubameyang was one of the most feared strikers in the Bundesliga – that's no gossip, it was a fact. His scoring sense paired with Klopp's leading resulted in an extremely fierce Borussia. He became the Bundesliga top scorer during the 2016-2017 season. In total, his stay at BVB equaled 141 goals, which pronged Arsenal to go for a move. They signed the Gabonese for €63.75 Million in 2018, and be sure that he is racking up the goals in the Premier League.

Ousmane Dembélé from Stade Rennais for €15 Million in 2016 – The Rennais academy graduate was spotted immediately in his first season for the French team's senior squad. He impressed with his attacking prowess and ball delivery skills, which Borussia felt to be in need of. Signing the forward has been a more than worthwhile decision as his later transfer to Barcelona was worth nine digits. That's right, the Catalans parted ways with €130 Million in 2017 to secure the services of the Frenchman.

Erling Haaland from RB Salzburg for €20 Million in 2020 – Yet another striker on our list. Dubbed the next Messi, Haaland is regarded as the most promising young player in the world. He's had a tremendous goal-scoring ratio, which is almost 1:1 with his appearances. The Norweigan is the second footballer after Aubameyang to score a hattrick on his debut for Borussia. Since he joined, he has managed to find the net 27 times in 29 outings. BVB have a gem on their hands that is likely to rewrite history.