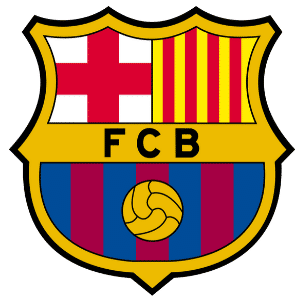 Barcelona is one of the two best teams to play in La Liga, next to Real Madrid. They are also known as Barça and were founded 120 years ago, making them one of the oldest Spanish football clubs. They have had many honors and records over the years, including many notable players to play with the blue and red home colors. Among their records are thirty Copa del Rey titles, of which the most recent ones were three times in a row between the 2014/2015 and 2017/2018 seasons and thirteen Supercopa de España titles most recently in 2018. When it comes to European success, they have won the UEFA Champions League five times, UEFA Cup Winners' Cup four times, and they also have five UEFA Super Cup titles. In the FIFA Club World Cup competition, they won three championships, most recently in 2015.

Historic Transfers to and from Barcelona

The players we listed below are record transfers and have helped the team through many tough matches over the years.

Antoine Griezmann is one of the most famous footballers right now, even though he hasn't played for many teams in his career. He joined Barcelona in 2019 from Atletico Madrid for £120 million. His initial buyout clause was £200 million, but it was lowered to £120 million. In forty-three appearances with the team, he scored eleven goals. Griezmann was also the first Barcelona player to achieve an away goal in the Champions League in the knockout stage since Messi in 2015. We expect that he will fulfill his five-year contract with the team, but you never know about transfers.

Ousmane Dembélé is a French forward who plays for Barcelona since 2017 when he moved from Borussia Dortmund for £130 million. His buyout clause is set for £400 million, and he has a five-year contract with the team. We expect that he will play out his contract because the clause is very high. He has thirteen goals and fifty-seven appearances with the Barcelona colors, and we suspect that he will help the team through more matches until his contract ends.

Philippe Coutinho joined Barcelona from Liverpool for the sum of £145 million in 2018. He made fifty-eight appearances for the team and scored fourteen goals. In 2019 he was loaned out to Bayern Munich, and his loan ended this year. We will see what Barcelona decides to do with him, but right now, there are no rumors about his transfer in the next window.

Neymar moved to Barcelona from Santos FC in 2013 and since then has helped the team achieve some notable titles and records. He is considered one of the best forwards of his time, and the £88.20 million paid for him back in 2013 seems very little for his talent. Neymar scored sixty-three goals in his 123 appearances with Barcelona. In 2017/2018, he made a deal with PSG for £222 million, and since then, he has become even better than before. People say that he is at the peak of his career right now (we bet that it's the case, thanks to the Footballwhispers Bet365 bonus code).

But that's not all the transfer news you can see for Barcelona. We got more rumours below. Scroll down to see the latest gossip surrounding the club.