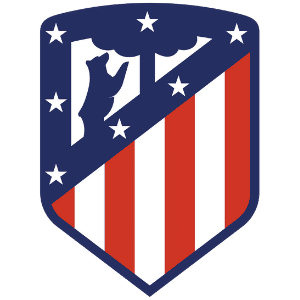 Atletico Madrid is a Spanish football club founded in 1903 and has become one of the top three teams to compete in La Liga. Out of twenty teams, they finished in third place after the two big favorites Barcelona and Real Madrid in the 2019/2020 competition. They have ten La Liga and Copa del Rey titles under their belt, and in European competitions, they have finished as a runner-up in the UEFA Champions League three times. They also have three UEFA Europa League and UEFA Super Cup titles. Some top-rated and proven players have passed through their ranks over the years and have helped them succeed. Their current head coach is Diego Simone, who is nicknamed El Cholo, and he has been in his position for almost ten years.

Historic Player Transfers to and from Atletico Madrid

João Félix is a young promising footballer who plays as a forward. He joined Atletico Madrid in 2019 for the sum of £113.43 million, which is a record for the Spanish club. In his thirty-four appearances since he joined the team, João Félix scored eleven goals. He won the Golden Boy award in 2019, and we expect him to fulfill his seven-year contract, although teams like Manchester United and Manchester City were rumored to want him before he joined Atletico.

Antoine Griezmann joined Atletico Madrid in 2014/2015 from Real Sociedad for £48 million, a good transfer. He stayed loyal to the team until the 2019/2020 season when he finally accepted a transfer to Barcelona, trying to get him for some time. Atletico Madrid received £107 million that season from his transfer but argued that the buyout clause should have been £178 million. He scored ninety-four goals in a total of 180 appearances for the club.

Thomas Lemar joined Atletico in the 2018/2019 season from Monaco for £64 million. He is a remarkable midfielder who assisted in many wins for Atletico. He appeared in fifty-eight matches and scored three goals.

Rodri joined Atletico in 2018 from Villarreal for £17.8 million, and one year later, he was sold to Manchester City for £55 million, which was a good deal for the club. In his time with the Spanish club, he scored only three goals in a total of thirty-four appearances.

Luis Suárez is a legend in football who plays as a striker. He moved to Atletico Madrid from Barcelona in 2020 as a free transfer, which is an excellent deal for Atletico Madrid. The player was rumored to join Juventus, but those negotiations failed, and Suárez joined the Spanish club on a two-year contract. In his six matches for the club, he scored five goals.