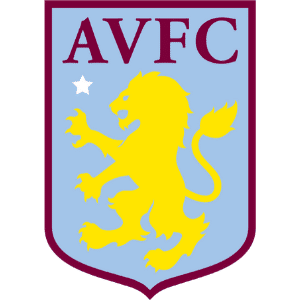 Aston Villa is a well-known professional football club based in Aston, Birmingham. It is one of the oldest football teams in England, founded way back in 1874. It is also one of the most successful English clubs, with 7 top flight titles and one European Cup won in 1981-1982.

Despite its glorious history, Aston Villa didn’t have much success since the foundation of the Premier League. They have been in and out of the league most of the time, spending a lot of their time in the second-tier league of English Football, the Championship. Aston Villa plays its games at Villa Park, a stadium with the capacity of 42,000. The club’s current manager is Dean Smith.

You can find out more about Aston Villa transfer news, rumours and gossip right after:

The Belgian striker is one of the best pieces of business in Aston Villa’s history. He was signed for less than £8 million and after three successful seasons at Villa Park he was sold to Liverpool for the club’s record selling fee of £32.5 million.

Although Darren Bent spent his best years at Sunderland where he is a true club legend, his move to Aston Villa turned out to be a stroke of brilliance. Bent came to the club for the second part of the season and helped the team stay in Premier League in 2011 after scoring a few crucial goals.

Ron Vlaar arrived at Villa Park for a modest fee of £3.8 million and he was immediately installed as the team’s captain. The Dutch defender spent three years at the club before eventually going back to his homeland.

Despite spending only two years at Villa Park, James Milner was adored by fans and, in the end, proved as a shrewd piece of business that brought the club a solid profit. The midfielder was sold to Manchester City in 2010 for a fee of around £26 million after earning a standing ovation in his last game for the Lions.

The Colombian striker was the record transfers at the time for Villa and, for a while, it seems that he would turn out to be one of the worst signings in the club’s history. He struggled with injuries and acclimatisation to English football but after the first couple of years, he became the club’s legend, playing 205 games in all competitions and scoring 62 goals.

Ian Taylor from Sheffield Wednesday for £1m in 1994

Born and raised in Birmingham, Ian Taylor was a lifelong fan of the Lions. When he was bought from Wednesday for just £1 million, it didn’t take long for Taylor to become the fan favourite thanks to his love for the club and his unique ability to score important goals.

The largest fee Villa paid for a player is £28 million to sign a promising English striker Ollie Watkins from a Championship team Brentford. There is a long way ahead to show his worth but his career at Villa Park began well, with an impressive hat-trick against the defending champions Liverpool in his third game at the club.