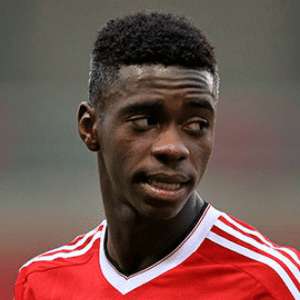 Alex Tuanzebe is a Congo-born English defender, born on 14th November 1997, who plays for Manchester United. Tuanzebe joined Manchester United’s academy when he was eight, before going on to win the club’s Young Player of the Year award in 2015-16 as captain of their under-18 team. He also made his first England appearance, at under-19 level, in 2016.